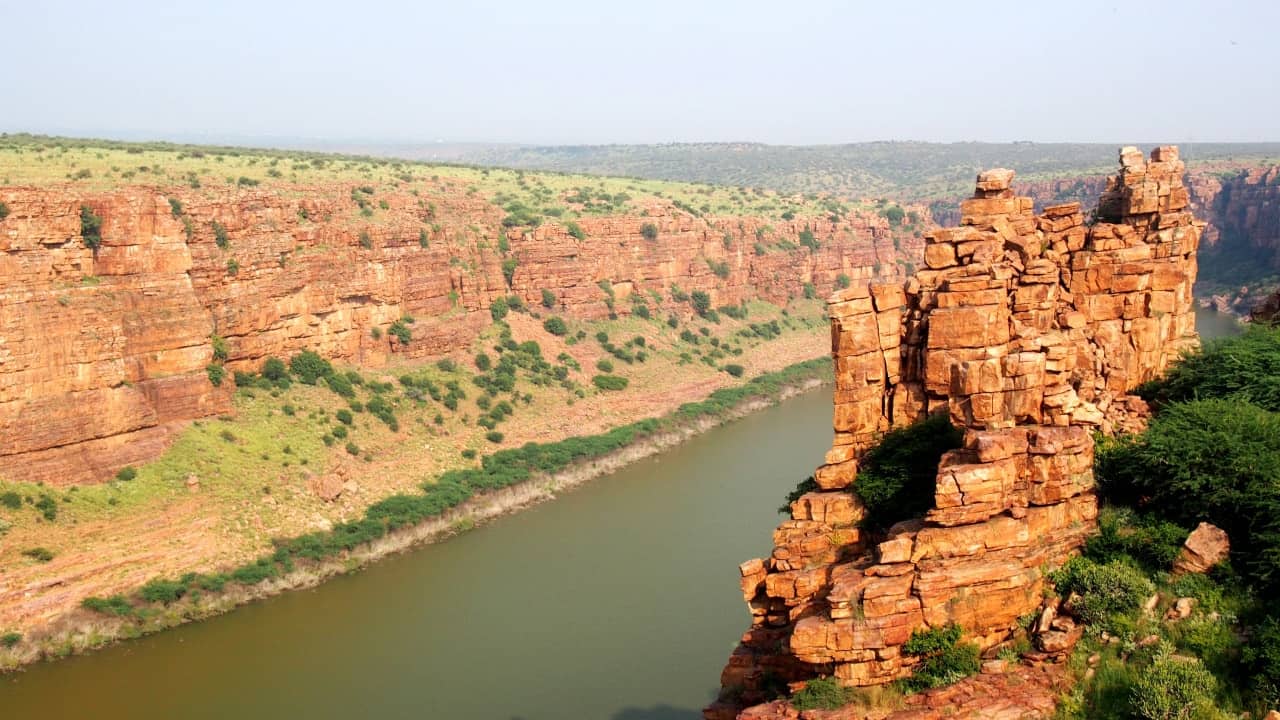 Most people claim that Chennai as a city does not offer many one day/weekend trips to plan for. They say that once you are done with almost all the places you can think of in and around Chennai, weekends feel so boring and pointless when there is nothing to look forward to. If you are facing such a situation, why not hit the road for a weekend to Gandikota (also known as the Grand Canyon of India) and Belum Caves in Andhra Pradesh, India as we did 🙂

What you need to know:

Belum Caves from Gandikota is approximately 65 Kms – less than 90 minutes drive. Roads were decent for the most part of the trip.

Indian Oil and HP Petrol bunks were found in plenty.

We left from Chennai by car at 0515 AM during one of the weekends in October. The weather was hot. Our plan was to drive straight to Belum Caves which is at the beginning of Kurnool district. Our first break was in Renigunta at Hotel KR Bhavan for breakfast and we reached Belum Caves by noon.

This cave is known to be second-largest in India and was opened to the public in the year 2002. Entry charges are Rs. 50 for adults and Rs. 35 for kids. There is no fee for taking your camera along, as is the case in many other sightseeing locations. They are open between 1000-1730hrs every day. 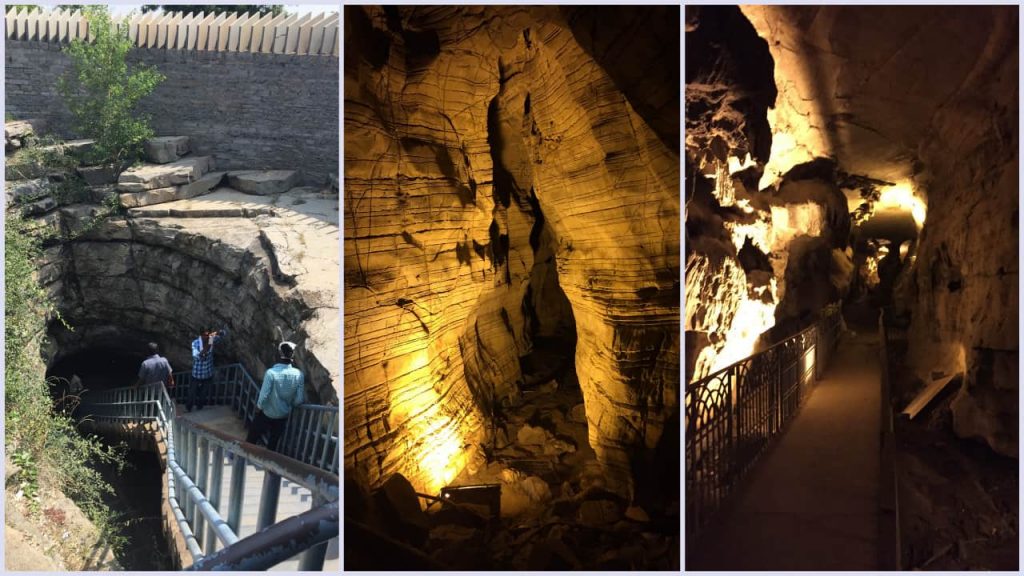 Belum Caves is beautifully lit with clear markings, ventilators for fresh air, an artificial fountain, tour guides etc. We took a guide to not miss any place but as we began the tour, he explained things in Telugu which was a big bummer. The guides are supposed to work for free (guess the AP Govt. pays their salaries) but as is common in India, they expect you to tip them well at the end of the tour.

We enjoyed walking through very many narrow passages, and if you intend to go there, get ready to bend down really low at a few places to enter cave halls. Don’t hesitate to climb down a steep and small spiral staircase to visit a freshwater spring which is at the lowest point of the cave – at 120 feet below the ground level.

After spending about 45 minutes inside the caves, we were really hungry and thirsty. At Belum Caves, but for a shop selling cool drinks, there’s nothing else. Also, there were not many tea shops, bakeries, decent hotels etc on this route. So we decided to drive to APTDC Haritha Resort in Gandikota to have our lunch.

At around 2:45 pm, we proceeded to Gandikota Fort. You can drive inside this fort, all the way up to the Mosque. Once you enter the fort, you will pass by the Charminar, a jail, the Madhavaraya Temple and then the Mosque with two minarets, Renganatha Temple and finally the Grand Canyon of India.

These places have a beauty that can never be substituted and the architectural insights of the people back then never ceases to amaze me!

But for the Madhavaraya Temple, we could go inside all other places. There is also a huge granary inside the Gandikota Fort. We had fun inside the Renganatha Temple as there was not much crowd and felt like the temple was ours at that time. Do spend some time here looking at the intricate sculptures, something I always love staring at.

We got done with all of this in under two hours and ended the trip with the image of this beautiful landscape in our heads. After all, Gandikota isn’t called the ‘Grand Canyon of India’ for nothing 🙂

If you think 700-800 km drive is too hectic a journey to finish in one day, suggest you book the Haritha Resort in Gandikota, catch the sunrise as well before leaving. There are no specific visiting hours for Gandikota, but for safety purposes, suggest you go when there is light or as a gang of friends/family. We felt a little unsafe as there were too many men hooting and screaming at us and therefore couldn’t spend much time enjoying this landscape. We also noticed that there were no officials to guard this beautiful location from being vandalized, which is rather sad. So different from the temples in Tamil Nadu which are being taken care of by the ASI.

Are you planning a trip to Gandikota? Have you been there? Do let us know in the comments below.