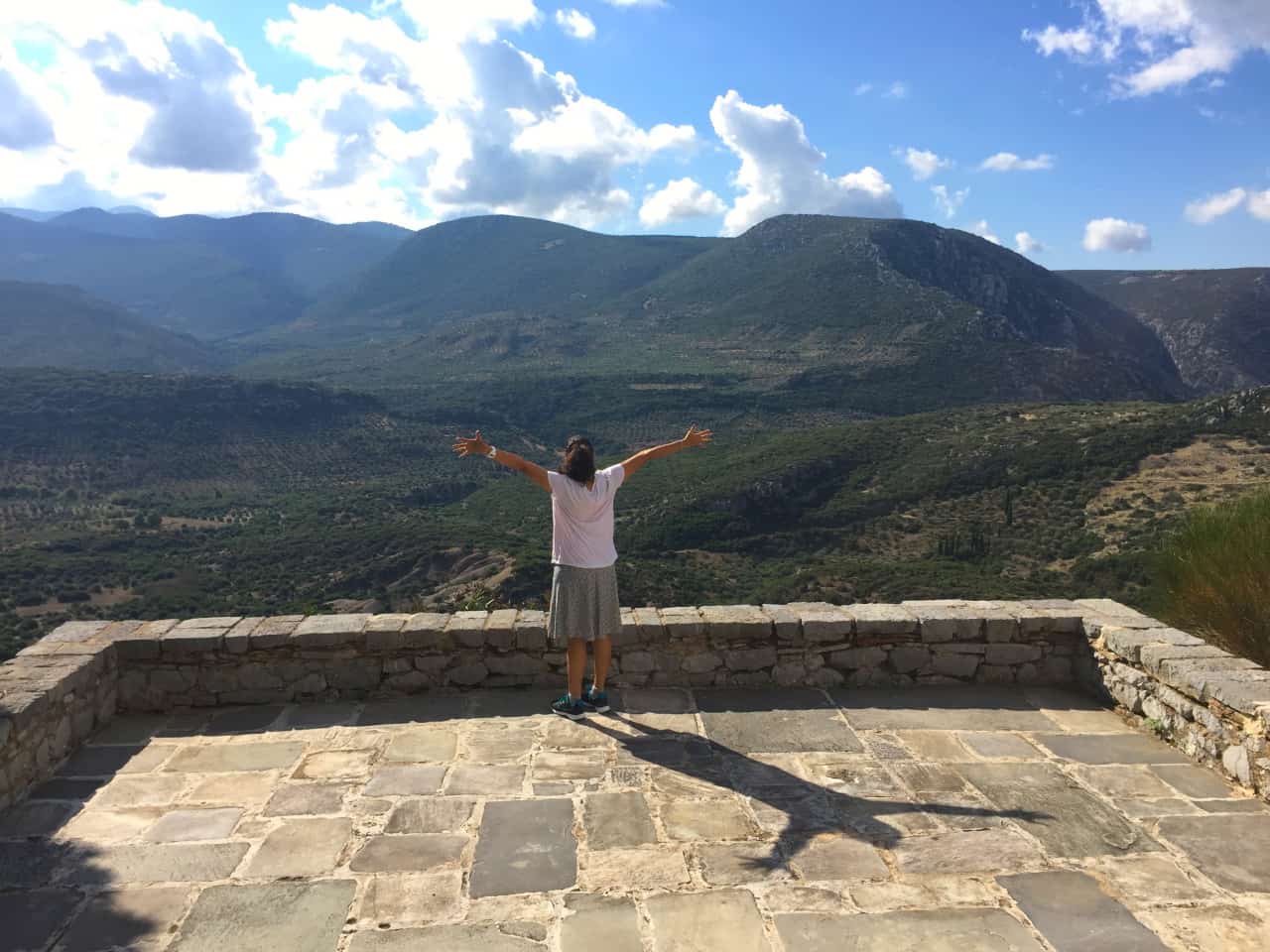 When I was planning for the Greece trip, there were a few people suggesting that Delphi could be skipped, that it is just another place with ruins and so on. However, on reading the various experiences written by different bloggers, the more I was inclined to add this as a part of my must visit places in Greece.

Now that Delphi was in the plan, I started figuring out when and how to get there. The two biggest hurdles I faced when surfing online were

I had already fixed Sunday as THE day to visit Meteora as all the monasteries are open ONLY on that day. Also, I was not ready to do what most people did – Athens to Delphi to Meteora route. So beyond a point, I said to myself, a traveller’s worry is not how to get to a place but to make sure not to miss it.

Also, I stumbled upon a blog where they had mentioned a monastery called Hosios Loukas. Not many people knew of it, let’s just say not a very touristy place as it goes off track from the Livadia-Delphi route, about 10 km one way. I was very excited to see more of Greece and the 20 km detour did not seem a lot.

Train from Kastraki to Paleofarsalos to Livadia – taxi from Livadia to Hosios Loukas to Delphi. Simple! 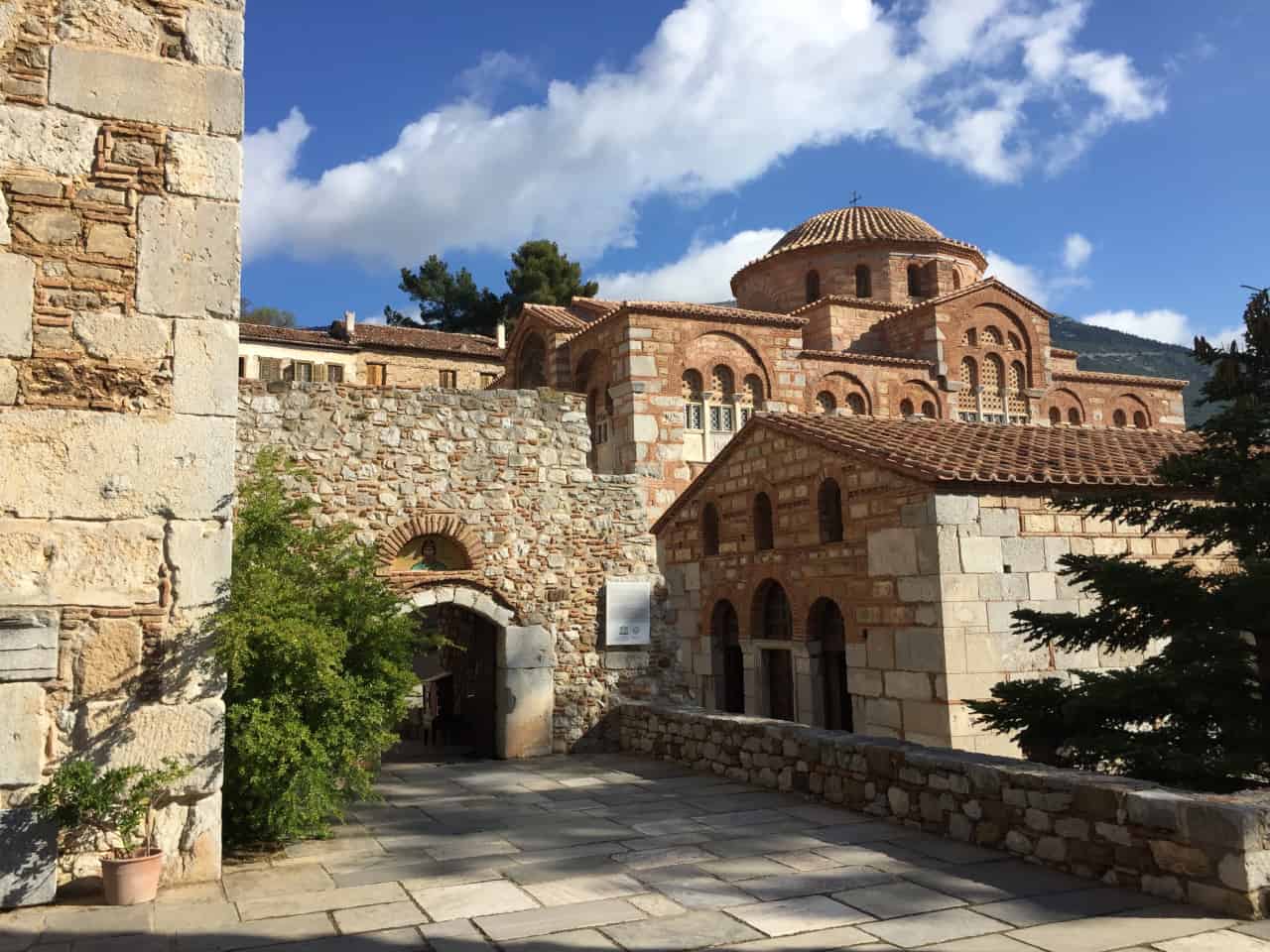 We started from Kastraki early in the morning to take the train to Paleofarsalos and then another one to Livadia and reached about 0930AM. This train continues to Athens. Not many people get down here, apart from us, there was one other couple who got down here. A small coffee shop and a taxi were all that we could find. We arranged for this taxi to take us to Hosios Loukas first and then drop us at Delphi. He asked for €75 and since there was no other option, went ahead with the taxi to begin that day’s adventure.

I was afraid that perhaps my decision to take the road less travelled could be wrong. However, we were delighted by what was in store for us. The roads were fantastic, the views were picturesque and the weather was just perfect. 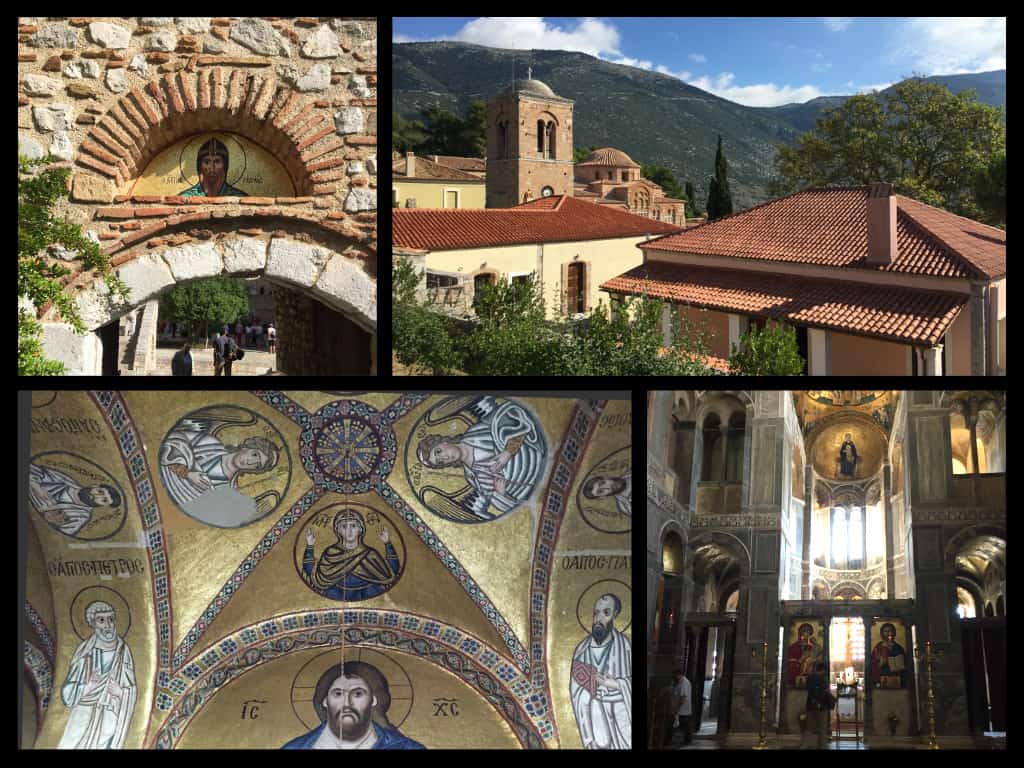 The drive was through two small and beautiful villages – Distomo, Steiri and we reached Hosias Loukas Monastery at 1030 hrs. Once we started walking towards the monastery, the scenery was completely mesmerising. These photos will explain why 🙂 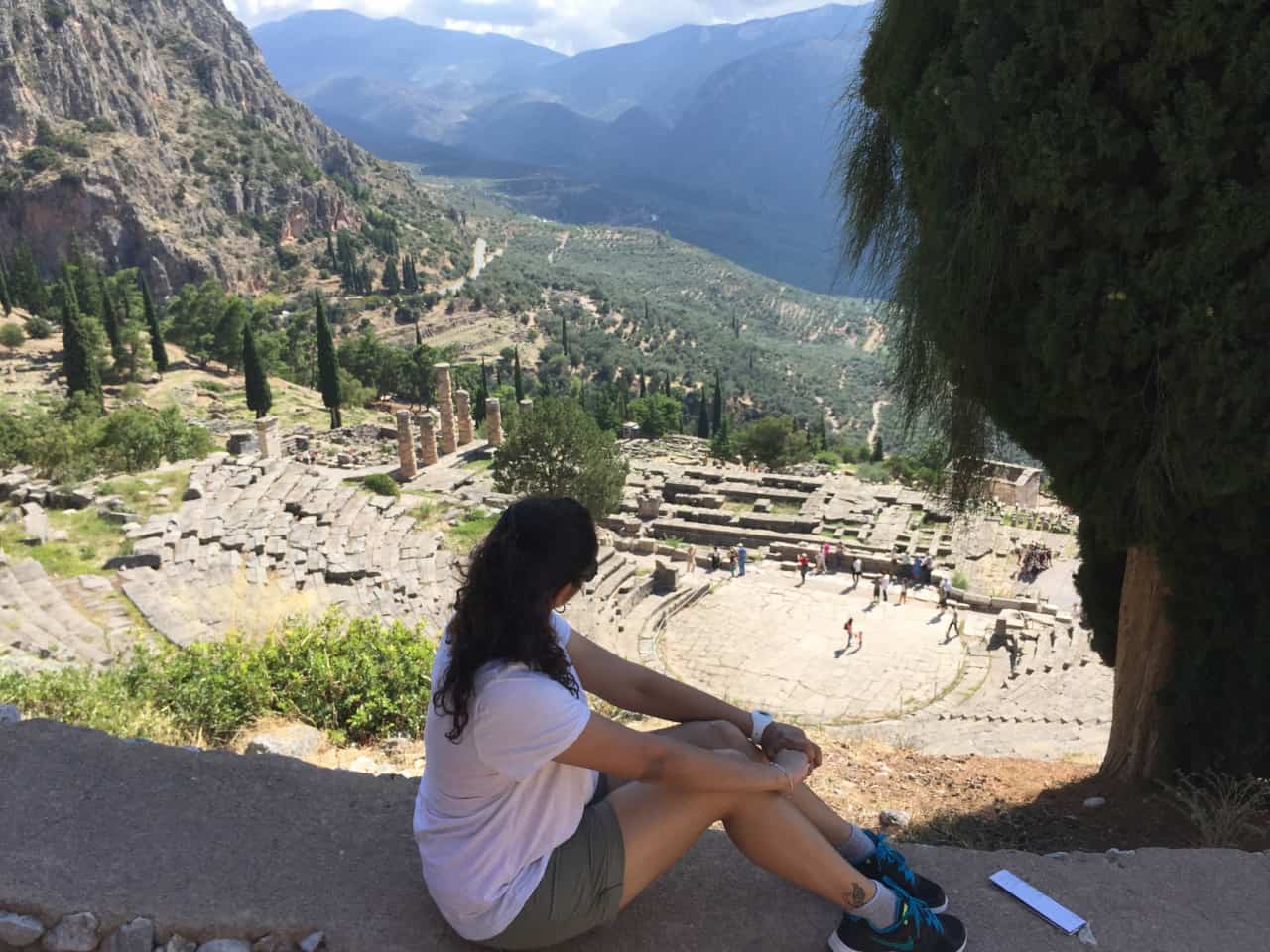 After spending about an hour, we left to Delphi with a heavy heart. The Arachova highway was so beautiful that I did not speak a word until we reached the Ski resort. By 1245 hrs we reached Delphi and walked to the restaurant to have coffee near the Museum. Then, we proceeded to buy tickets at the Sanctuary of Apollo and visited the Temple of Apollo, Ancient Theatre, Stadium, Museum, Gymnasium and the Athena Pronaia. Note, this is a LOT of walking. 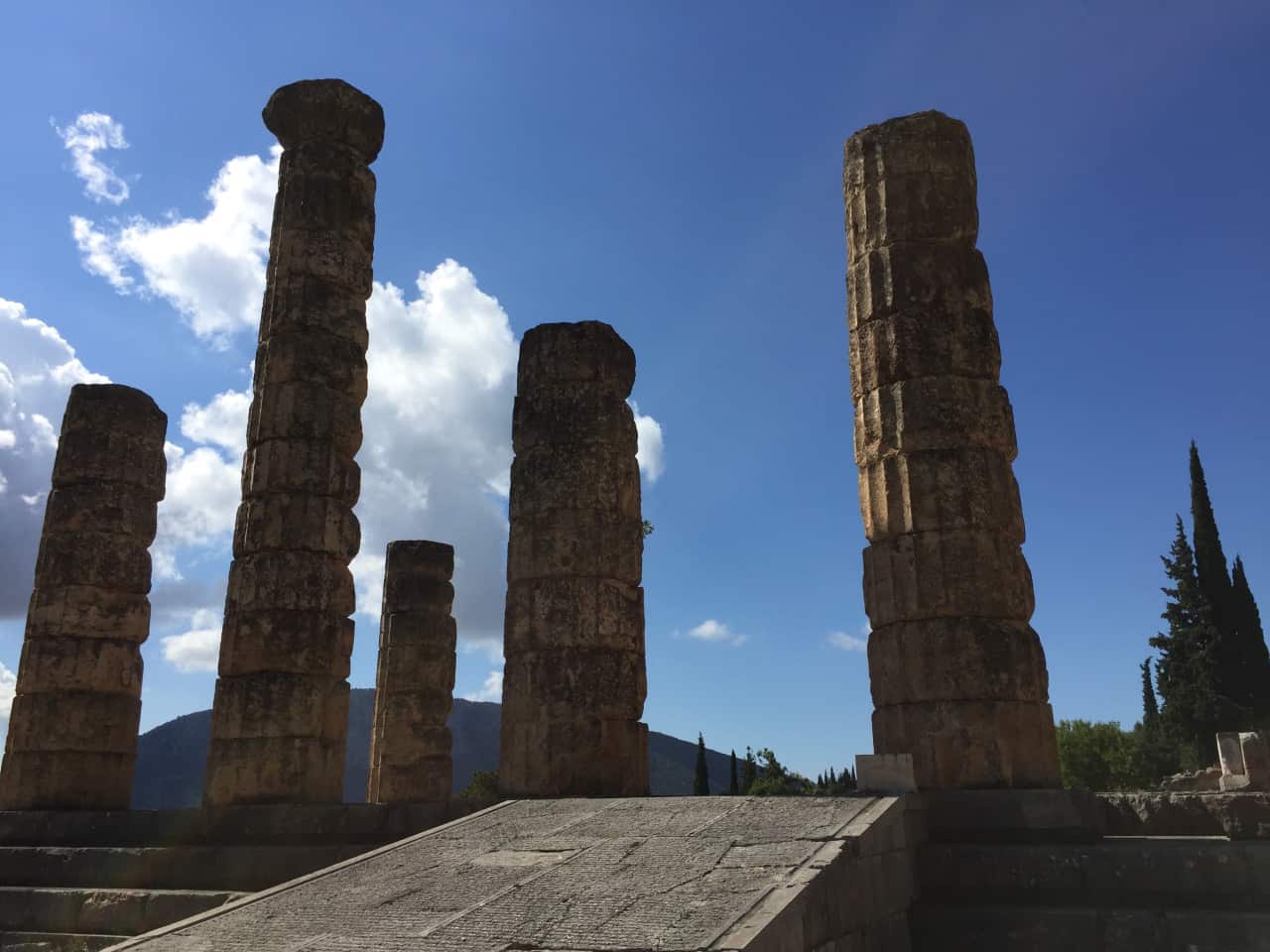 The reason why Delphi is so famous is because of the ancient stories that revolve around it. Firstly, this was believed to be the centre of the Earth. Furthermore, this was the place where people flocked those days to hear the prophecies of Apollo (Oracle). 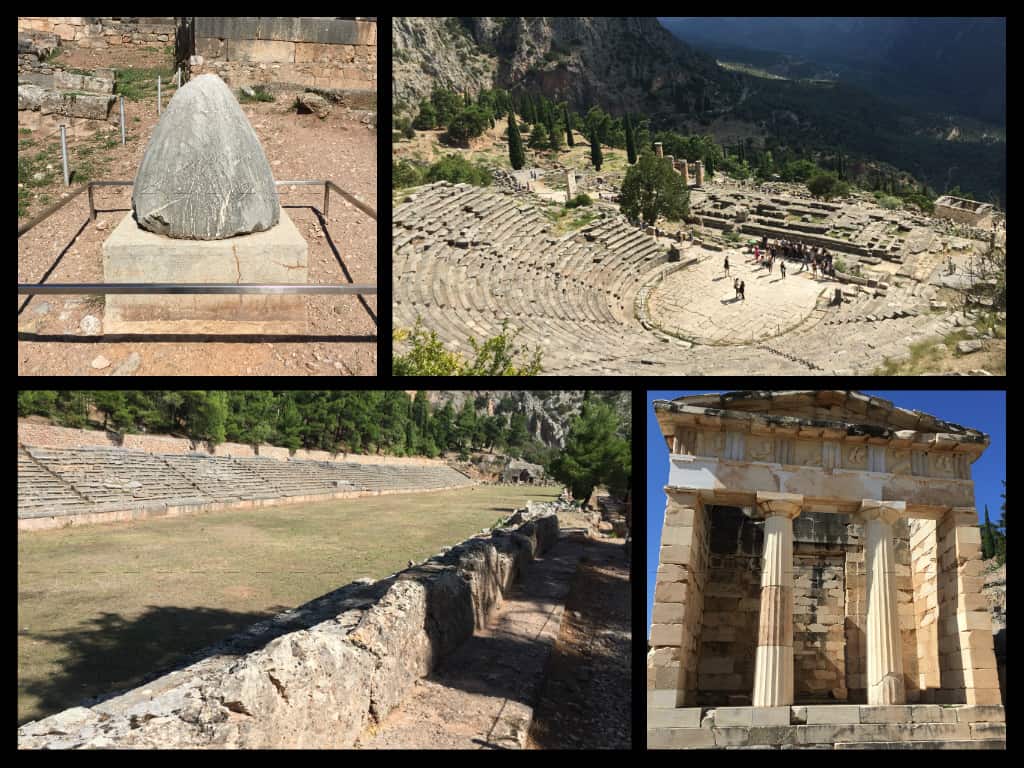 The stadium is at the highest point of the hill, the theatre that was built for cultural events, a treasury, the Athena Pronaia is where you can find the Tholos and do not forget to catch the interesting displays in the museum. 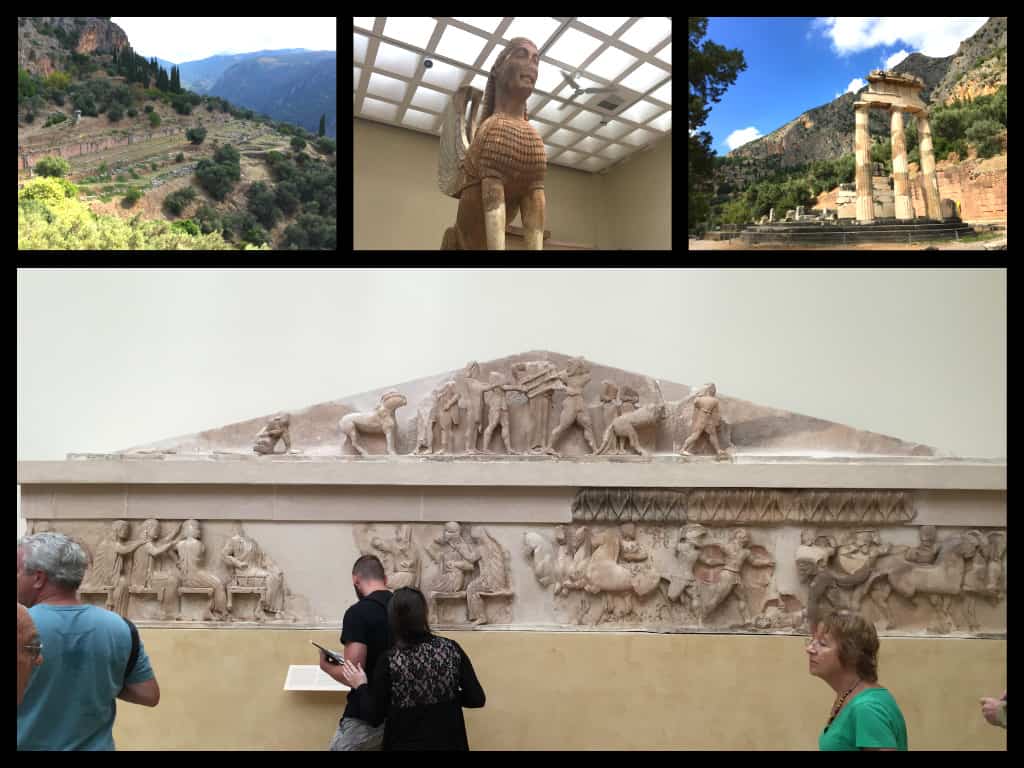 Also during winter, the Arachova attracts a lot of people for ski activities. Check Parnassos Ski resort if you travelling during winter. 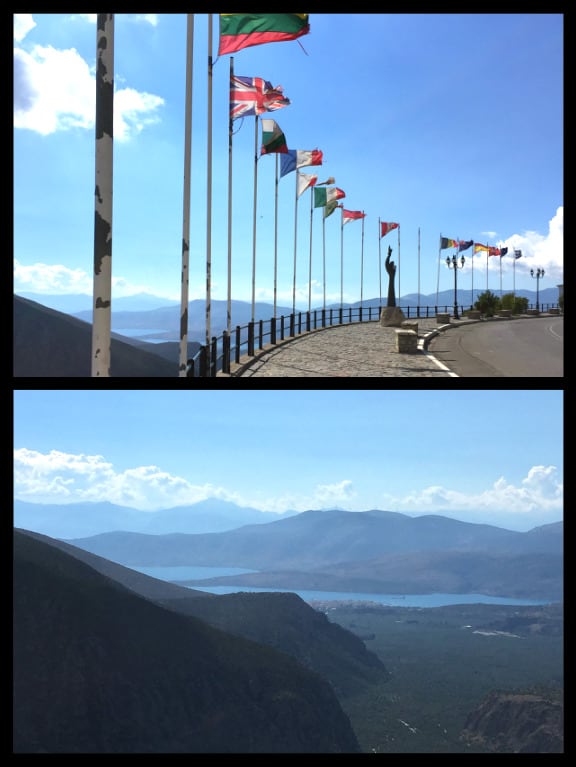 Before having lunch, we went to this restaurant which issues bus tickets back to Athens. We booked ours (we were lucky, there were only two left :D), walked to the other side of the road, got into another restaurant which offered an amazing view and served good vegetarian food. 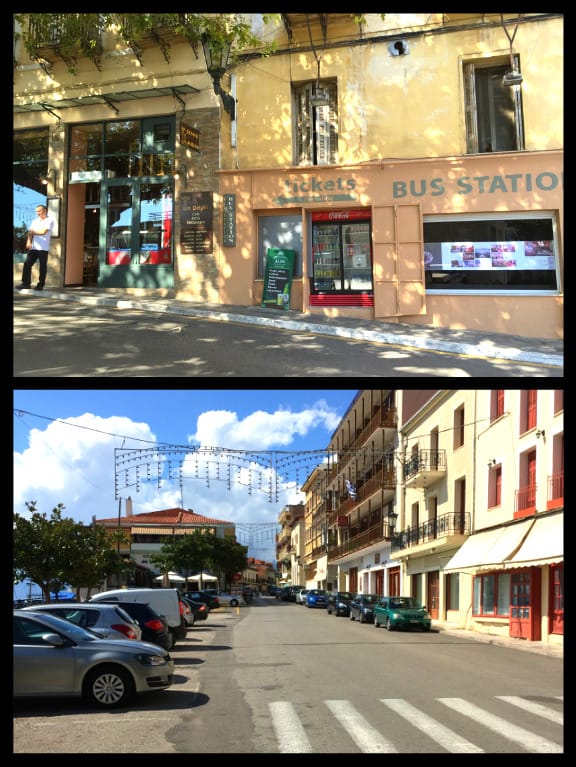 This was a beautiful day visiting two beautiful places. A night stay can be considered if you want more than few hours of Delphi experience. Click here for my Greece itinerary and until the next post, take care 🙂