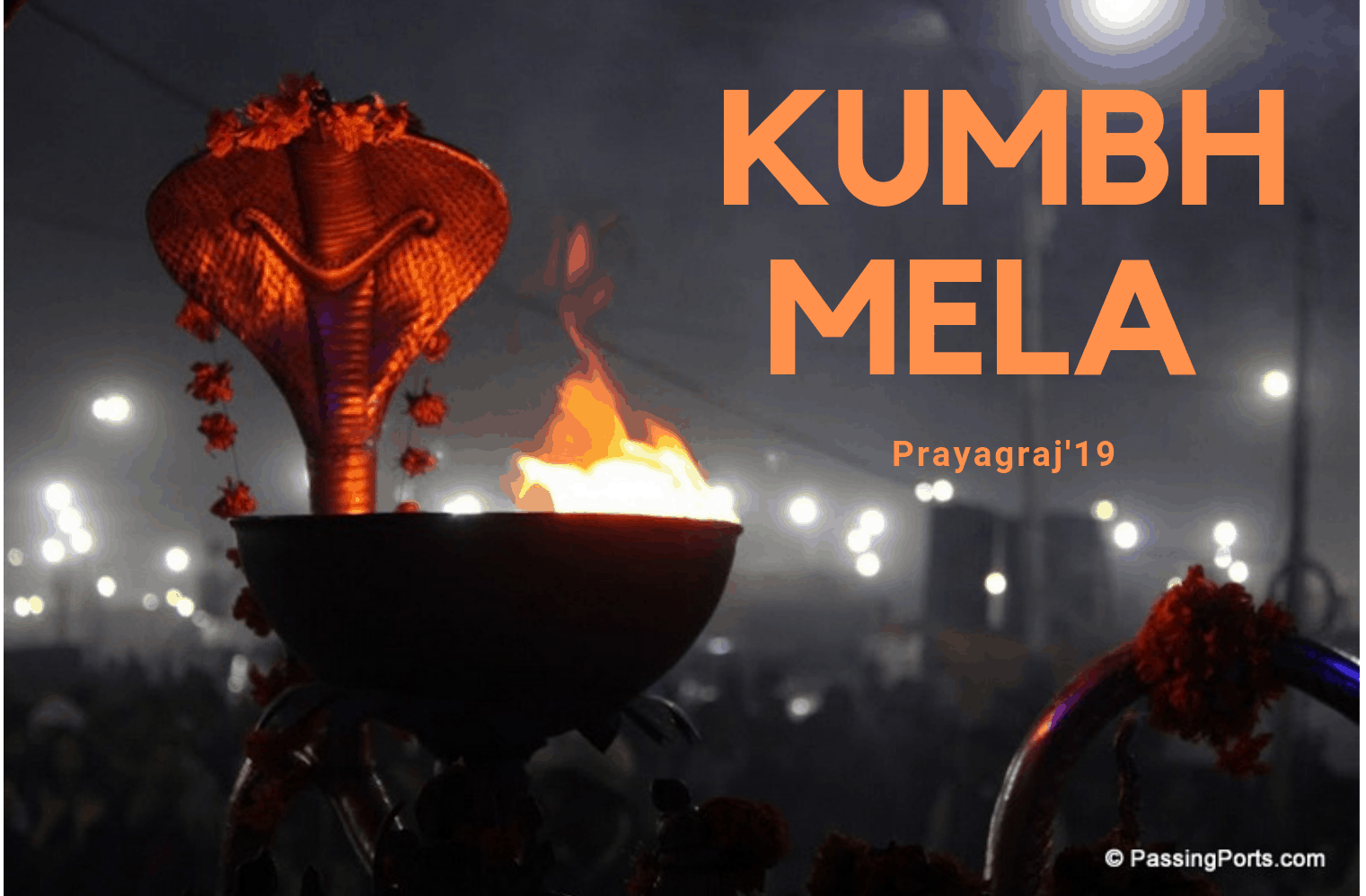 Preethika and I had to attend two weddings in February, one in Nagpur and the other in Lucknow with a gap of two days in between. We were contemplating a trip to Tadoba to watch the magnificent tigers in their natural habitat when Preethika mentioned perchance that the Kumbh Mela at Prayagraj (earlier known as Allahabad) was taking place at that time, and perhaps we should head there during the two free days and in no time our plans were frozen. It feels now that we were destined to attend the Kumbh Mela 2019.

For those who aren’t aware, the Kumbh Mela is the world’s largest gathering of people, and it has been taking place for centuries now. The origin of the Kumbh Mela has multiple stories, but the fact that a congregation such as this, comprising of people from all walks of life to the elusive Naga Sadhus is something that caught our attention, and perhaps the reason why we chose the Kumbh Mela 2019 over the tigers of Tadoba. The deciding factor was that this event doesn’t take place every year. Until now, we had to be happy with just reading about it in the newspapers and blogs, but here was our chance to experience this first hand and learn more about the Kumbh Mela! It goes without saying that we took the opportunity with both hands 🙂

How did the Kumbh Mela come into existence?

“Kumbh” or “Kumbha” means pot or pitcher in Sanskrit. It also pertains to Aquarius in the Zodiac calendar.

The legend of Samudra Manthan talks of a battle between the Devas (benevolent deities) and Asuras (malevolent demigods) for amrita, the nectar drink of immortality. During the churning, amrita was produced and placed in a Kumbha. To prevent the asuras from seizing the amrita, Lord Vishnu (or if you are reading one of the variations, it would be Dhanvantari, Garuda, Indra or Mohini) is said to have taken away the pot to safeguard from the asuras. During this flight, it is said to have spilled in four different places on earth, thus being the four different places where the Kumbh Mela is celebrated.

The Kumbh Mela takes place every 12 years, to signify the duration of the war between the Devas and the Asuras. It is considered sacred to take a dip in the river where the Kumbh Mela is taking place, since the belief is that our sins get washed away with the dip in the holy waters.

So which are the four places where Kumbh is celebrated?

While a lot of places and events call themselves Kumbh Melas, following are the four places which have been traditionally considered as Kumbh Melas.

What are the different types of Kumbh Mela?

How does one reach Allahabad/Prayagraj to attend the Kumbh Mela?

Prayagraj is accessible by air, rail and buses. We flew into Prayagraj from Nagpur and while leaving, took the train to Lucknow.

Kumbh Mela in a day. What do we prioritise on?

This is the same predicament we were in. Instead of narrating what we did, now having been there, let me tell you what you ought to be doing.

Who are these Naga Sadhus?

The word Naga means mountains in Sanskrit. Naga Sadhus are essentially Sadhus from the Himalayas who come down to the plains during the Kumbh Mela for the Shahi Snans.

Naga Sadhus are followers of Lord Shiva, and they are traced as far back as the coins found in Mohenjo-. Alexander the Great and his soldiers are also said to have met Naga Sadhus during their stay in India.

The Naga Sadhus are unmissable during the Kumbh Mela, with their long hair, ash spread all over their bodies and dressed with little to nothing but for rudraksha beads.

How does one get around the Kumbh Mela?

Is it too late to attend the Kumbh Mela this year?

Now, have you started packing your bags already? 🙂