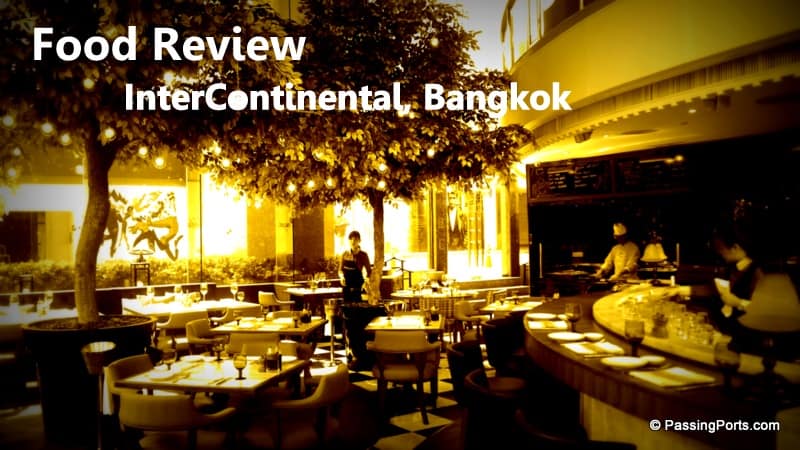 We don’t usually end up writing about food here on Passing Ports because while we are big time foodies, we are nowhere close to being food connoisseurs, and don’t take any effort in going that route. But having said that, there’s something that happened recently that has made us rethink that decision. That one thing being the food we had during our recent stay at InterContinental Bangkok.

If you’ve been following our blog for a while, you’ll know by now that Preethika and I are hardcore vegetarians and finicky ones at that. Preethika tolerates eggs in desserts while I don’t. I have no problems with eggplant and love bitter-gourd but she hates both of them from the bottom of her heart. In fact, she says the former reminds her of dolphins (especially when it is cut vertically) while the latter reminds her of a lizard 😀 If all of these aren’t enough, I don’t like how garlic smells, but I’m okay consuming it otherwise.

Bottomline: Yeah, we are a difficult lot.

InterContinental Bangkok has four restaurants: Espresso, Fireplace Grill and Bar, Theo Mio and Summer Palace. We got a chance to eat at the first three and had to pass the fourth, given the time constraint.

Espresso is the all day dining restaurant at InterContinental Bangkok. They are known for their lavish Thai, Mediterranean, Chinese and Japanese spreads and for those who can’t give up on Indian food, there’s some of those as well. We ate here twice, lunch on the first day and breakfast on the last day of our stay. 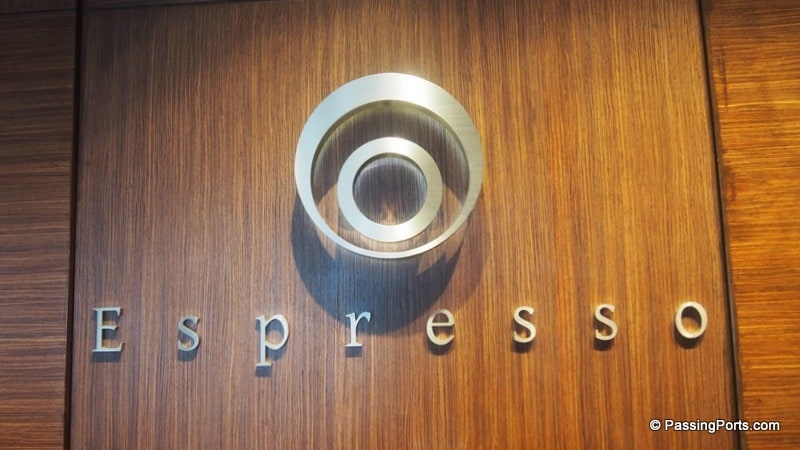 We reached the hotel at around 12, checked in and got ready in no time to head out. Given that we were in a rush, we decided to order some food a la carte, instead of going around the spread. Noticing us ordering a la carte, an Indian Chef came by and suggested a few Indian dishes (comfort food!). I’ll let the pics entice you now 🙂 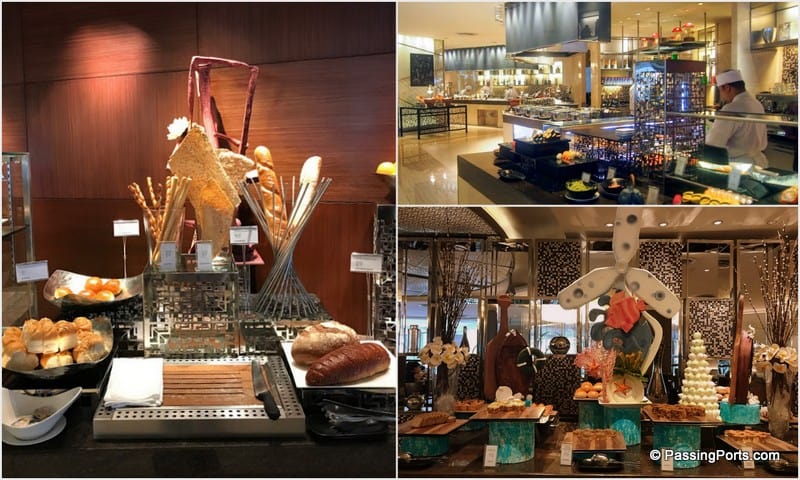 We felt that was a nice gesture, ate to our heart’s content and left on our way. 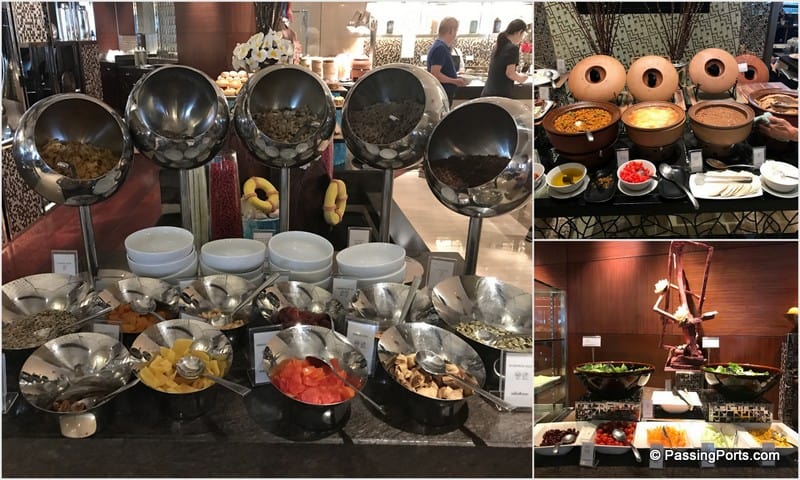 On the last day, we again stepped into Espresso for breakfast and had an awesome time hopping from one counter to another. Preethika experimented with the local cuisine, but I stuck to the usual suspects. 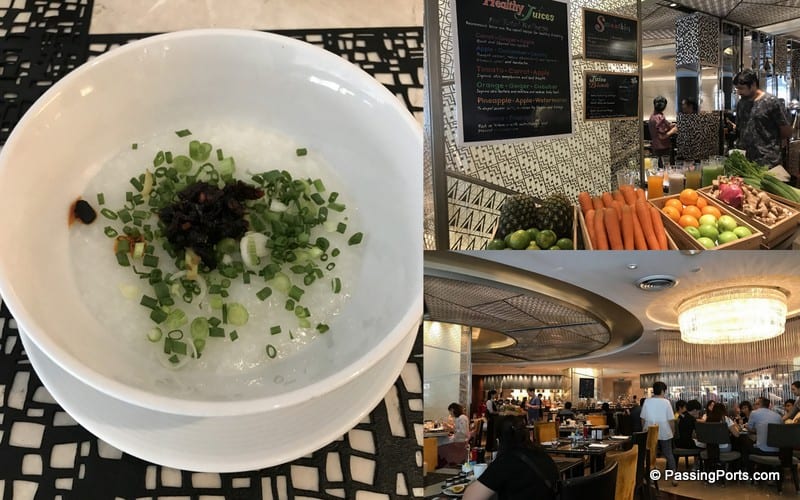 The breakfast spread at the Espresso is by far the biggest we’ve seen till date, and caters to people from a variety of countries/cuisines.

The Fireplace Grill and Bar is a beautifully laid out restaurant that is open for lunch and dinner. As the name suggests, the restaurant has a beautiful looking fireplace apart from an open kitchen right at the centre and two semi-private dining areas for groups. 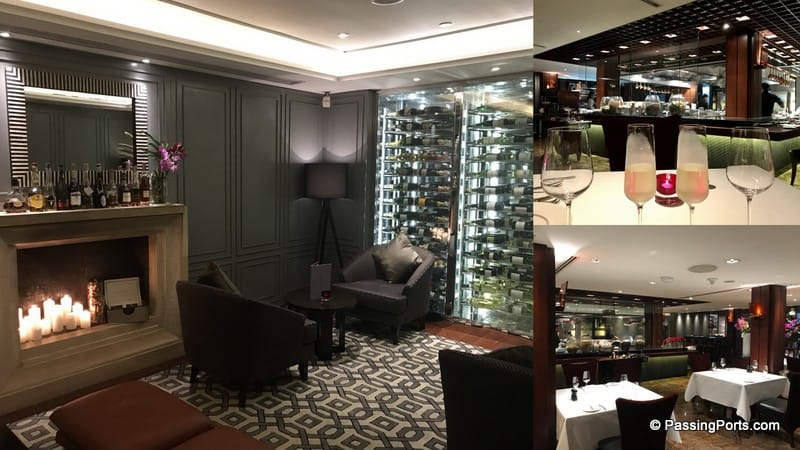 Given that this is an Asian grill restaurant, we had our own reservations about eating here, but being the kind of people we are, we were game for the experiment. We had warned the restaurant while making the booking for later in the evening on how finicky we are as far as our eating habits are concerned, hoping that we wouldn’t have to struggle much. Little did we know that the restaurant was well prepared for people like us as well!

Before I talk about our experience, here’s an important piece of information: the restaurant has a dress code for men, smart casuals with shoes. 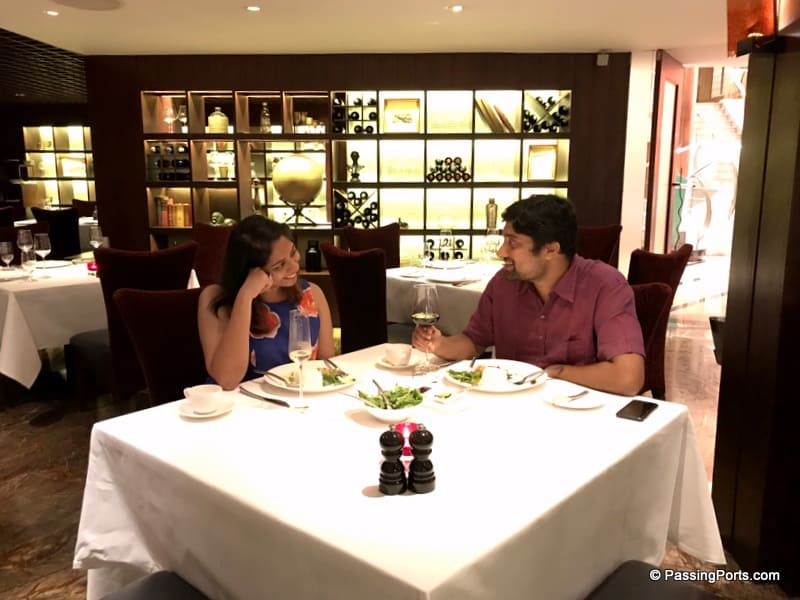 Now, back to the restaurant and more importantly the service. This is where we noticed that the service of InterContinental Bangkok was absolutely top notch and something we hadn’t experienced before (yes, even Taj’s service isn’t anywhere close). The manager was ready for us, knew by heart what our likes and dislikes were, and even tried to pronounce our names right. Now all of that for someone who may not be used to Indian names is a big deal, really. Yes, she had us floored already, but that wasn’t all! She also had modified the menu (verbally though) in such a manner that we had enough and more to eat at the Fireplace Grill.

Now, you may think that’s no big deal, but it is, let me tell you that. You have to check out their menu to understand why. 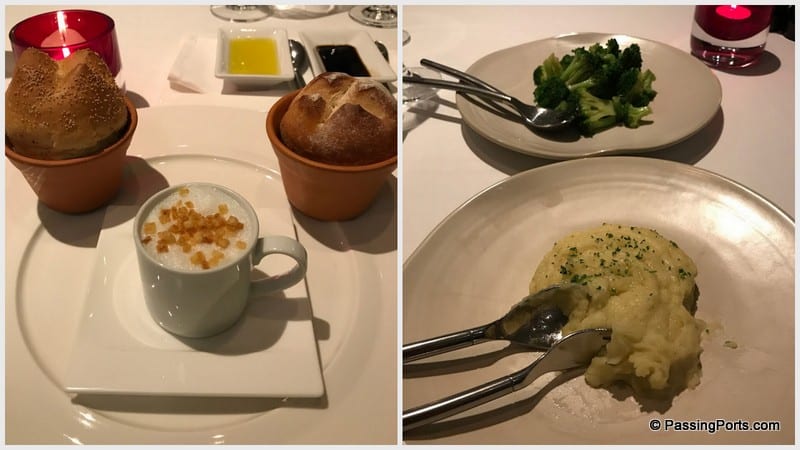 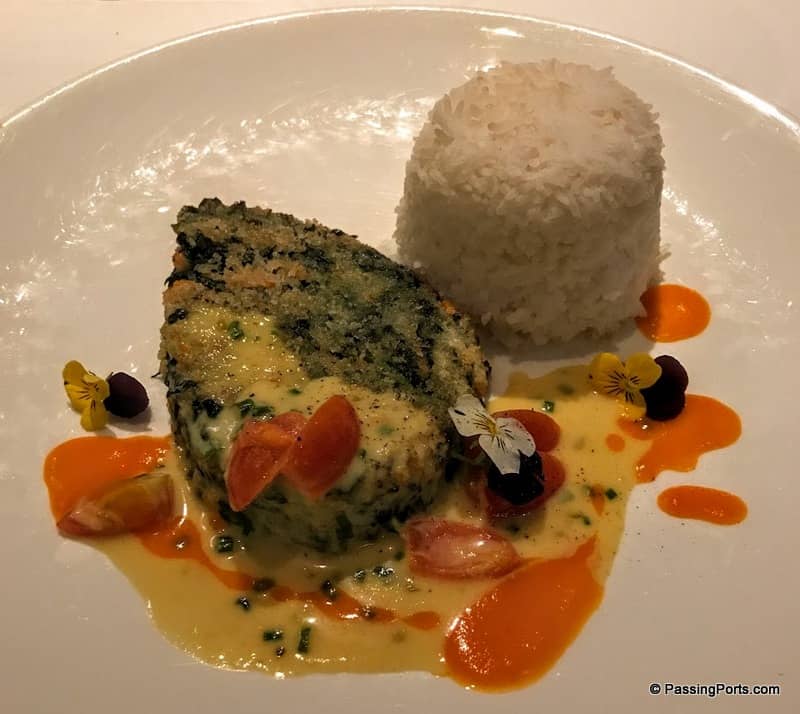 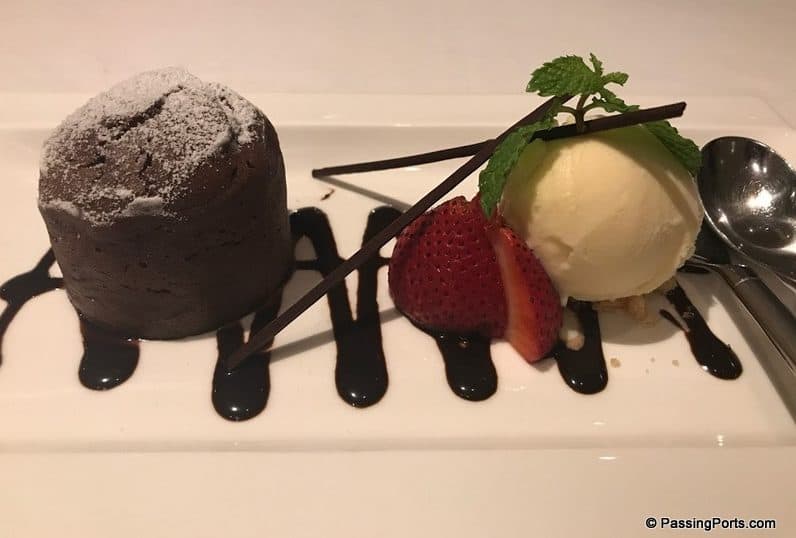 The food was simply out of the world, and more so because of the way they took care of us. Nannapat, Eakkachai and Sarayapat, you are awesome! InterContinental Bangkok is lucky to have you folks in their team. And before you ask, yes, we did take down their names 🙂 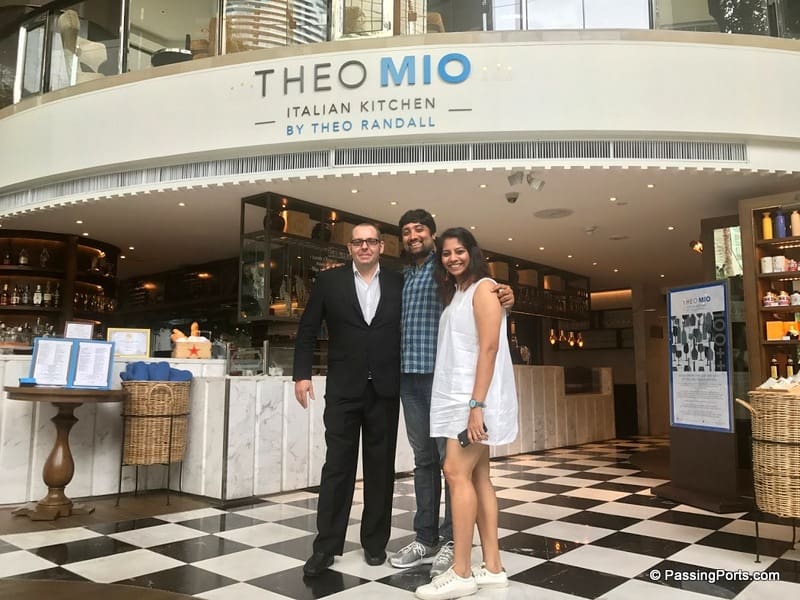 Those who know me well would know my love for Italian food, so when we had to choose between the Summer Palace (Chinese cuisine) and Theo Mio, which served Italian, it didn’t take much time for us to zero in on the latter.

Theo Mio is on the ground floor of InterContinental Bangkok, with a garden setting and easy access to the BTS station. As was the case at the Fireplace Grill, even this restaurant had an open kitchen giving us a good view of what the chefs were up to. 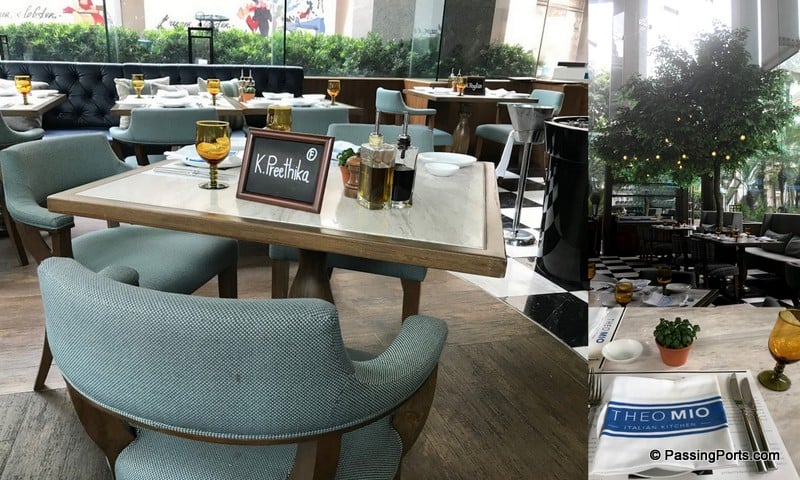 As we entered Theo Mio, we were pleasantly welcomed by Andrea, the manager who took us to a table with Preethika’s name on it. IMO, that was a beautiful gesture. The K before Preethika’s name stands for Khun, which in Thai is the equivalent of Mr. or Miss/Mrs. 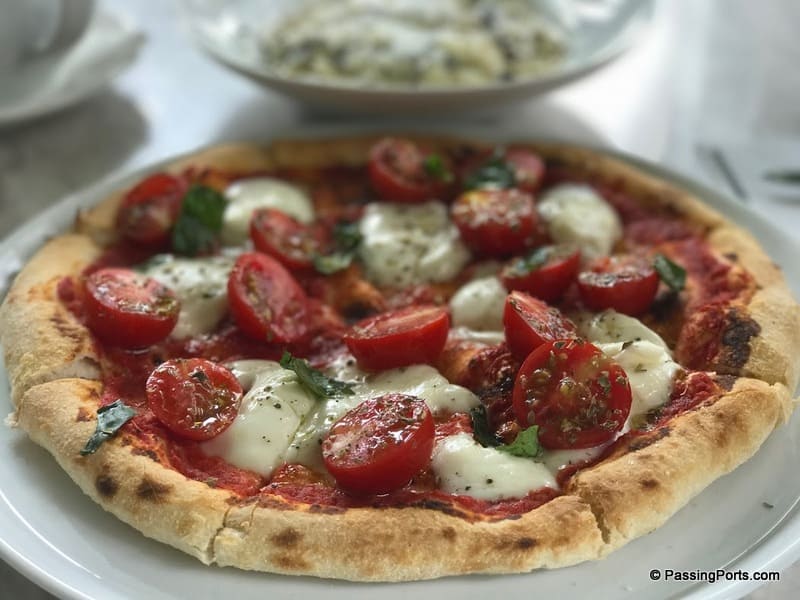 Right from the time we were served bread, we were absolutely floored by the food served at Theo Mio. The Focaccia just melted in our mouths, almost like butter! 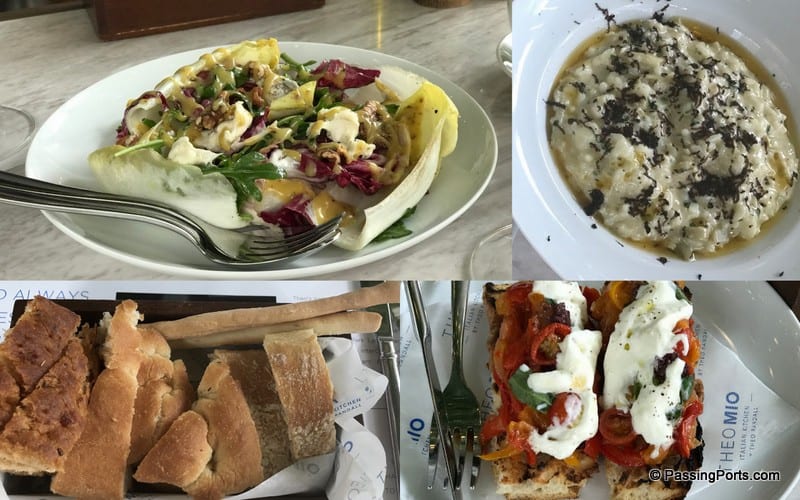 Here are the names of the dishes we gorged upon, from the top, clockwise.

We loved it so much that we asked for a second helping and then a third. Andrea graciously obliged. We then went on to hog away to glory, with one dish beating the next in terms of our expectations. 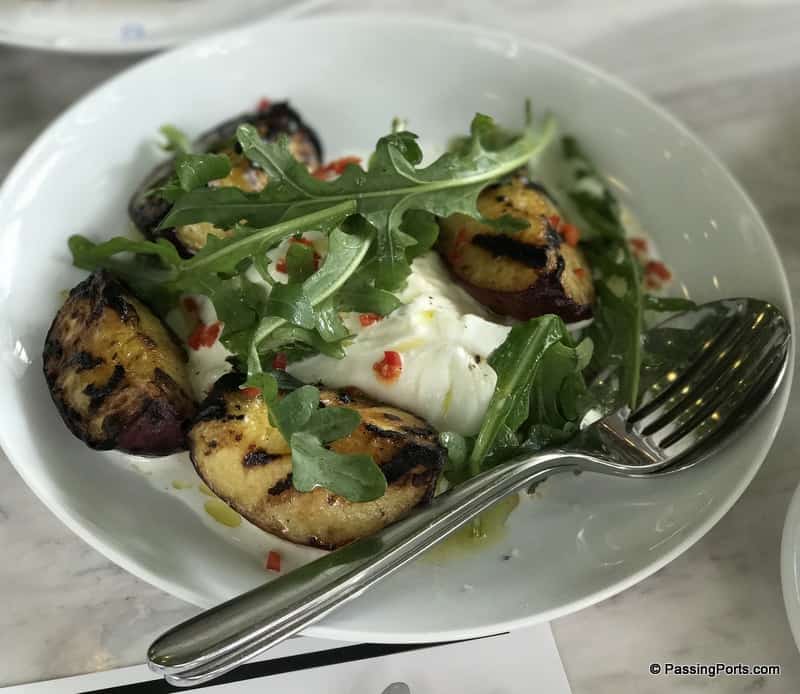 Mascarpone with fresh strawberry and walnut. 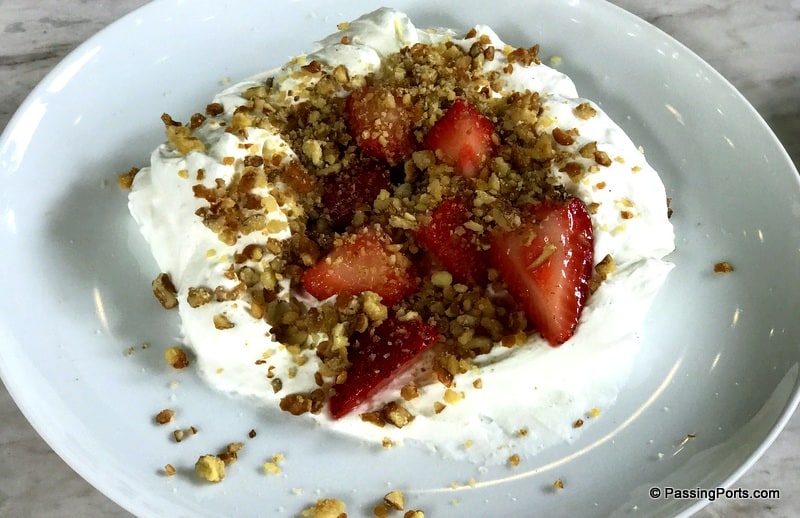 The Chocolate Cake and Pannacota are also must tries at Theo Mio. We were too full already, and had to pass.

For those considering a weekend brunch, Theo Mio would be a great choice. Unlimited wine and anti pasti apart from a fixed main course menu for THB 1488++ per person is a great deal, in our opinion.

Why do I feel like you are already trying to book that flight to Bangkok and head to InterContinental straight from the airport? 😉

1 thought on “Food Review: InterContinental Bangkok floored us with their food and service”