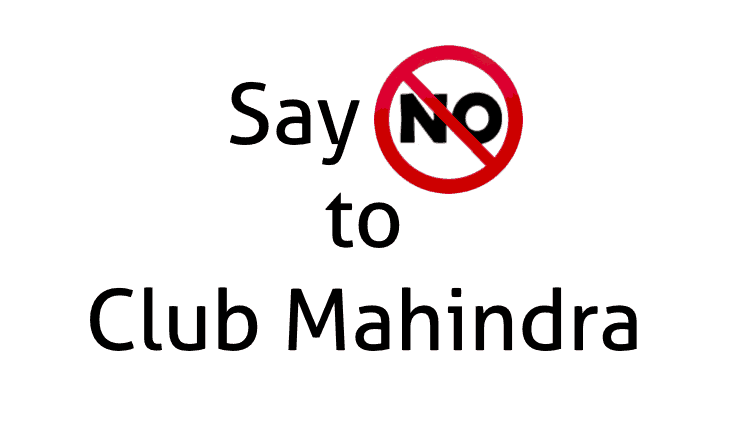 Update: We’ve reached the end of this long battle with Club Mahindra. They’ve refunded approximately 70% of the money, and given that others are still fighting with them for their monies, we agreed to settle for this. What a sense of relief!

P.S: Our view towards Club Mahindra membership stands: the membership is just not worth it.

Firstly, thanks a lot for reading and sharing our earlier post on our issues with Club Mahindra (do read if you haven’t done so already), and why we chose to cancel our Club Mahindra membership. The post was shared widely on Facebook, Twitter and even Reddit, with readers even tagging Anand Mahindra requesting his intervention in this issue. I was pleasantly surprised with all the support we got, and I’m thankful for the same.

A Senior Manager from Club Mahindra’s Complaint Management Desk got in touch with us almost immediately, and post quite a lot of exchanges on the phone, considering our case as an outlier, suggested a partial refund of the money paid. The same was communicated to us via email on 12th December 2016. We responded immediately, requesting them to reconsider their stance.

We are awaiting their response to the same, and hope for a favourable outcome. Fingers crossed.

Readers and well wishers, we wouldn’t be where we are today without your efforts. We thank you once again.