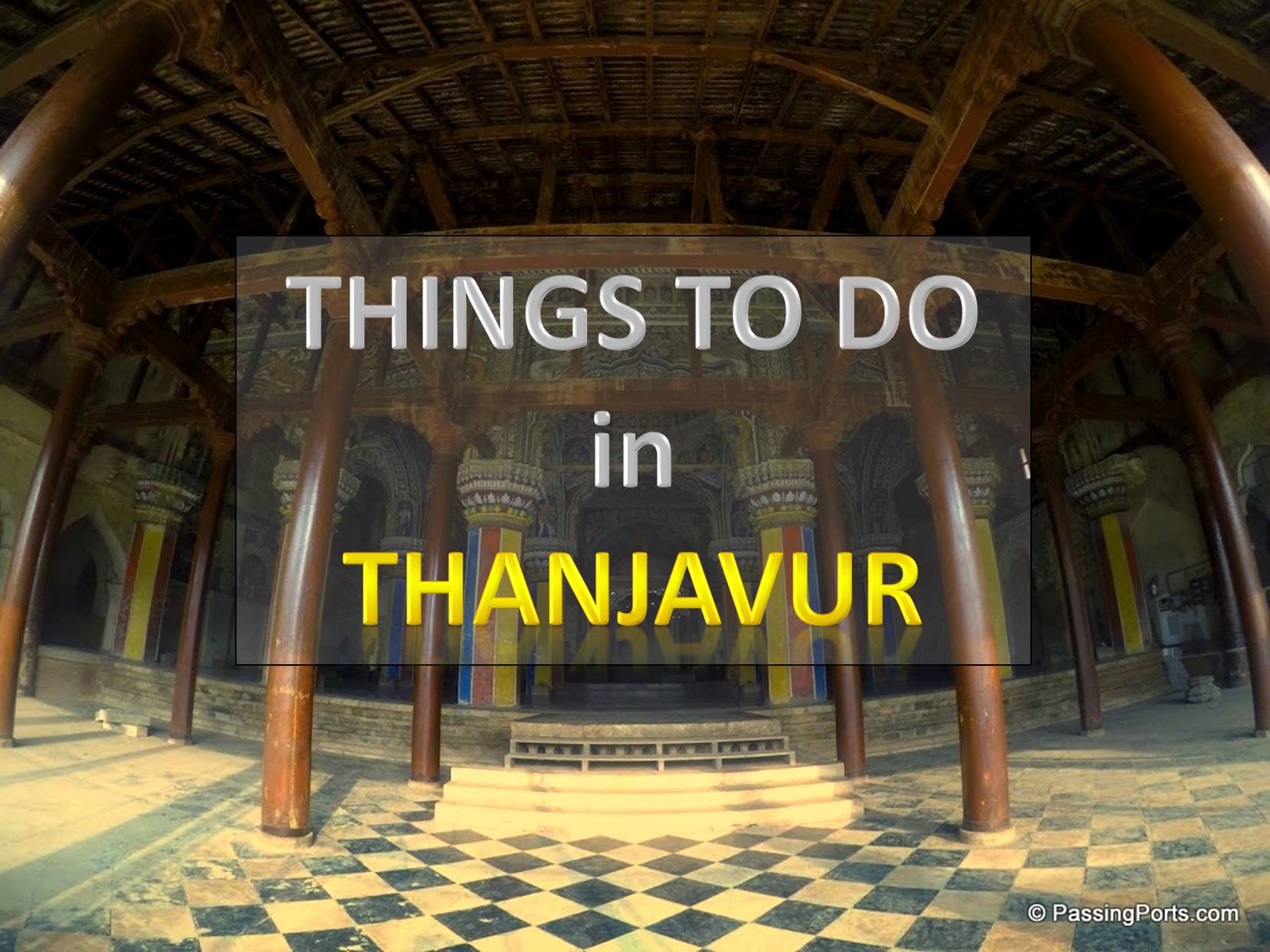 Finally, my long wait to visit one of the most famous temples in the world was about to end. We live about 400 km away from this temple in Thanjavur and yet it has taken us 30+ years to step foot at this place. Yes, I am talking about the Brihadeeshwarar Temple, also known as the Big Temple in Thanjavur. Back in those golden days, 1000 years back, the Chola Dynasty was headquartered in Thanjavur aka Tanjore. This dynasty, which has been one of the longest ruling dynasties in South India was known for its brilliant architecture, apart from one of the biggest army and naval fleets any dynasty had in India. This is primarily the reason why they are still famous they have created stories that will last forever. Here are a bunch of things to do and places to visit in Thanjavur.

Month of Travel: Nov 2017
From: Chennai
Travel Mode: Train
Stay: Svatma (heritage hotel) Read our review of this property. Svatma is by far the best hotel in Thanjavur.

The first place we went to when he decided to explore this temple town of Thanjavur was the Thanjavur Palace and the museum attached to it. I’ll be honest, this place is not maintained well. Especially after having checked out the way palaces have been maintained in Udaipur and Jaipur, this was quite a disappointment. 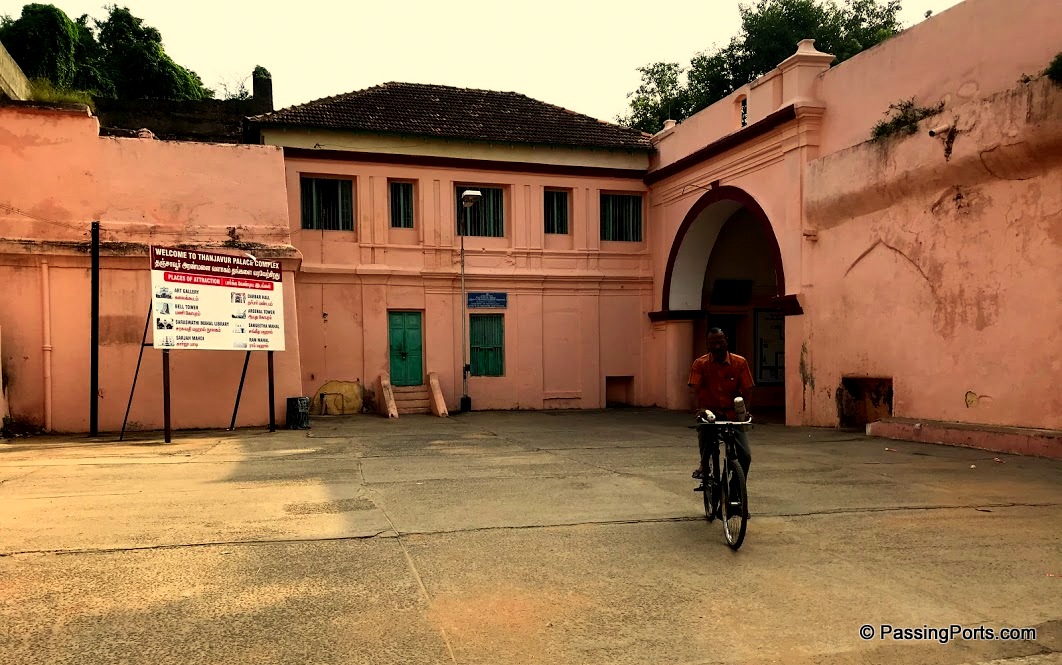 This palace was actually called the Sivaganga Fort and was built by the Thanjavur Nayaks. So technically this was a fort and not a built as a palace. The narrow steps, low ceilings were all built as a measure to slow down enemy entry which further proves that this was a fort. We were told that there are secret chambers that had interconnected rooms. There are two secret passages, one of which leads to the Big Temple from the Thanjavur Palace. Fascinating, isn’t it?

A tall structure which is closed now for the public, a huge mechanical bell used to ring every one hour. Back in the day, this Bell Tower served as an indication of time. 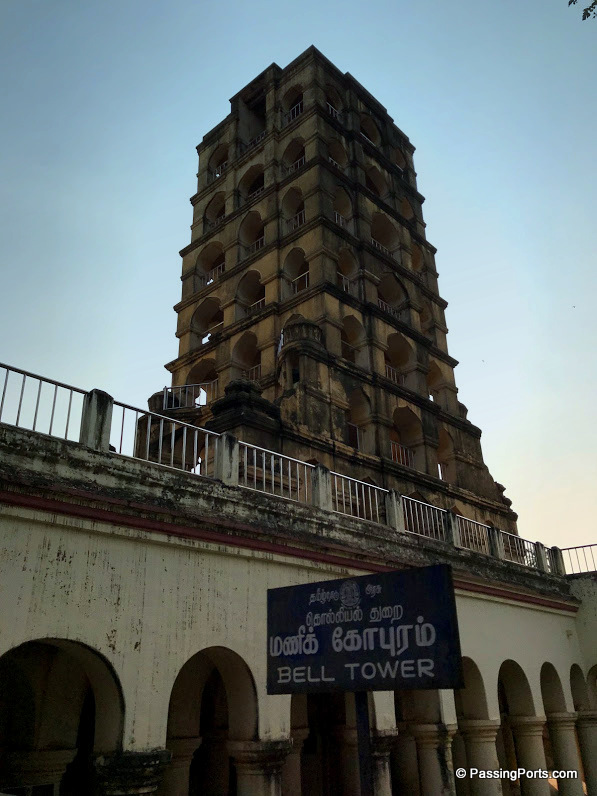 There are numerous bronze sculptures, stone carvings and currency coins displayed here. Pretty interesting for sure. 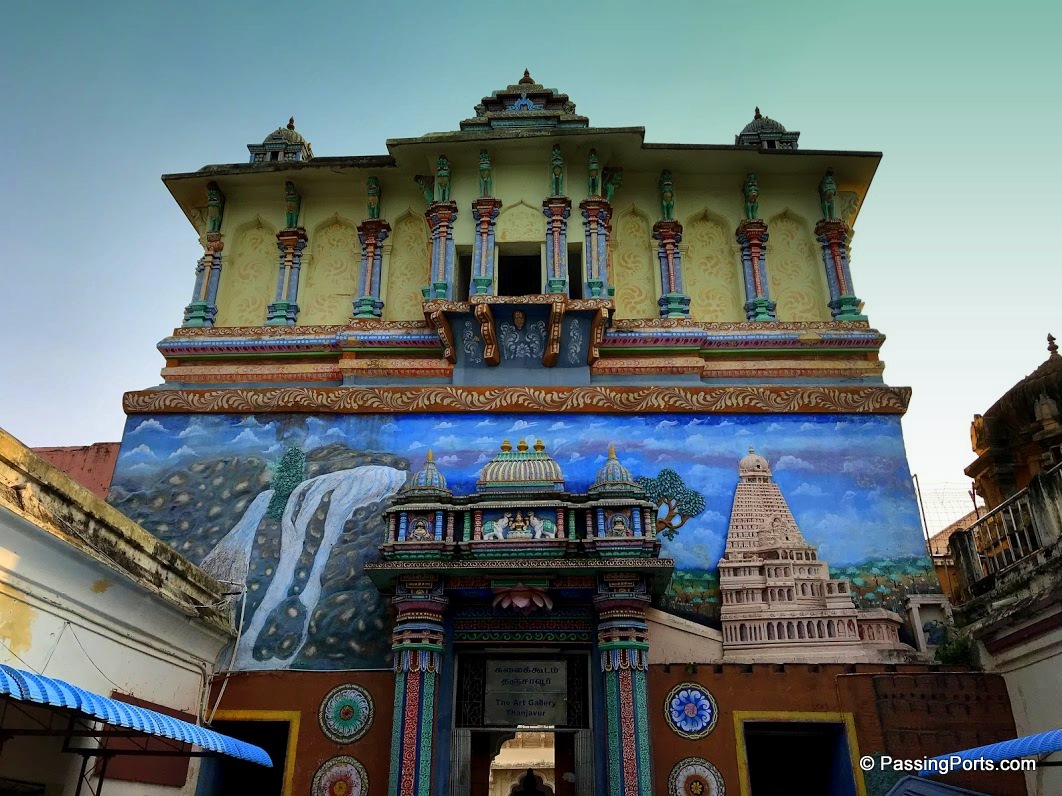 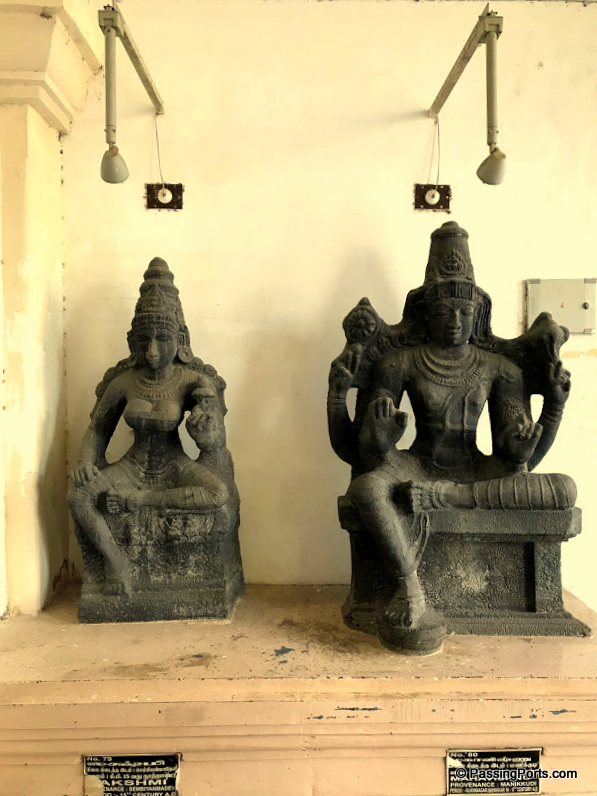 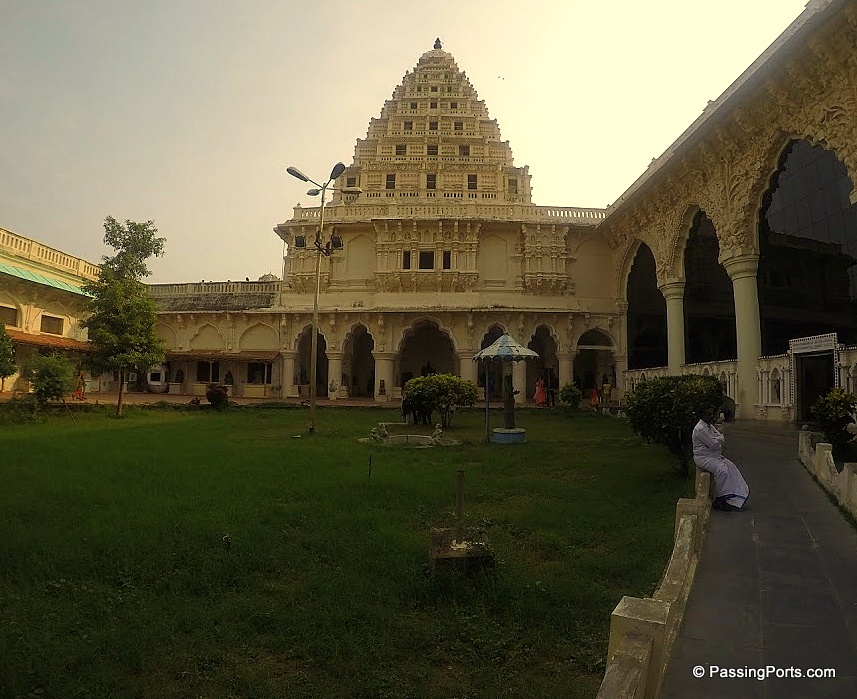 A triangular structure, taller than the Bell Tower is the first thing that you will see once you enter the art gallery. You can go to the first floor of this building which will lead you to an area where the kings those days practised martial arts. You cannot miss the huge whale skeleton that’s displayed there (no connection, obviously and I have no clue why they chose this place of all places to display it), and don’t miss to take a photo under the lotus setting. 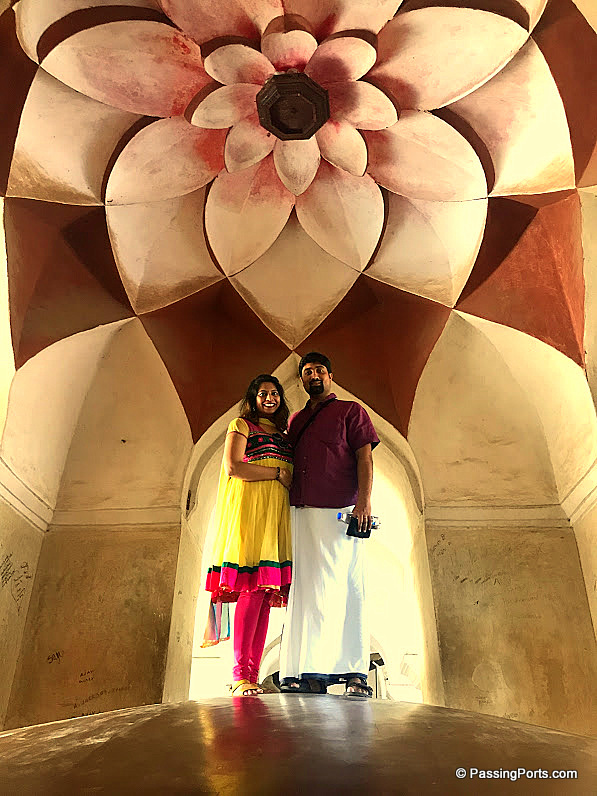 I wonder why this lotus hall was built. 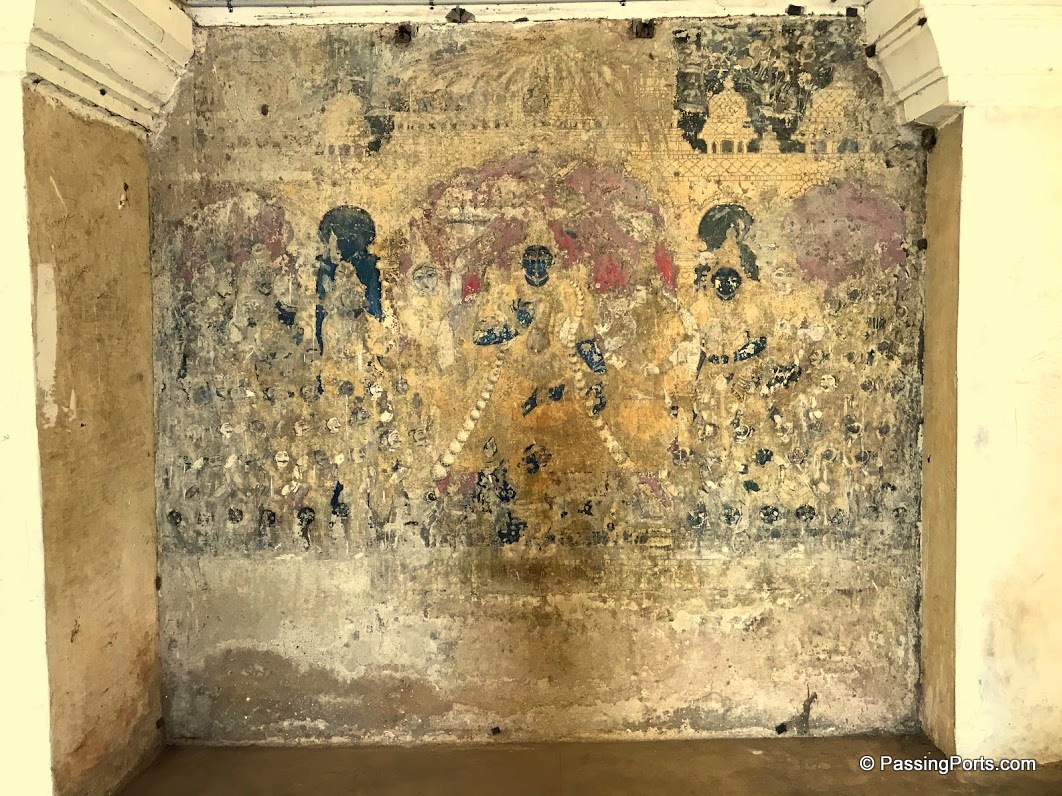 Apparently, the walls were covered in beautiful paintings while what you see above is what is left.

A colourful meeting room with the Maratha ruler’s painting in the background.

There is a small theatre which plays an audio-visual about the history of Thanjavur and the famous places that you can visit when in Thanjavur. It was quite interesting as you do learn a few interesting facts from the video. 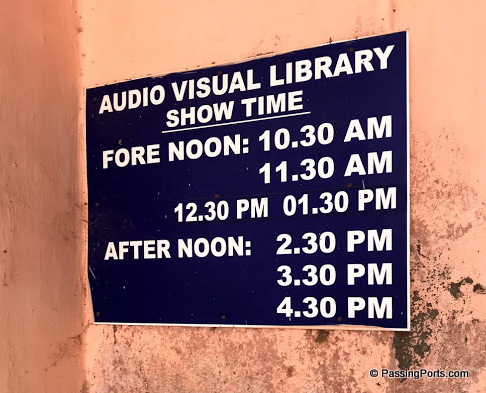 The Saraswati Mahal Library – which is supposed to have the best collection of ancient books is now closed to public. There is a small section where you get a sneak peak of the lives of the Chola rulers, including the kind of books they read.

Once we were out of the palace complex, we headed to a small house which belonged to Mr. Narayanan (the same name as my partner-in-crime, but he has nothing to do with him). He creates beautiful veenas and took us through a short tour of the how they make one from scratch. His family has been doing this for many generations now. He seemed to be rather famous, having been recognized by the Government of Tamil Nadu, which has earned him accolades by the Chief Minister of the state for keeping the old tradition alive. 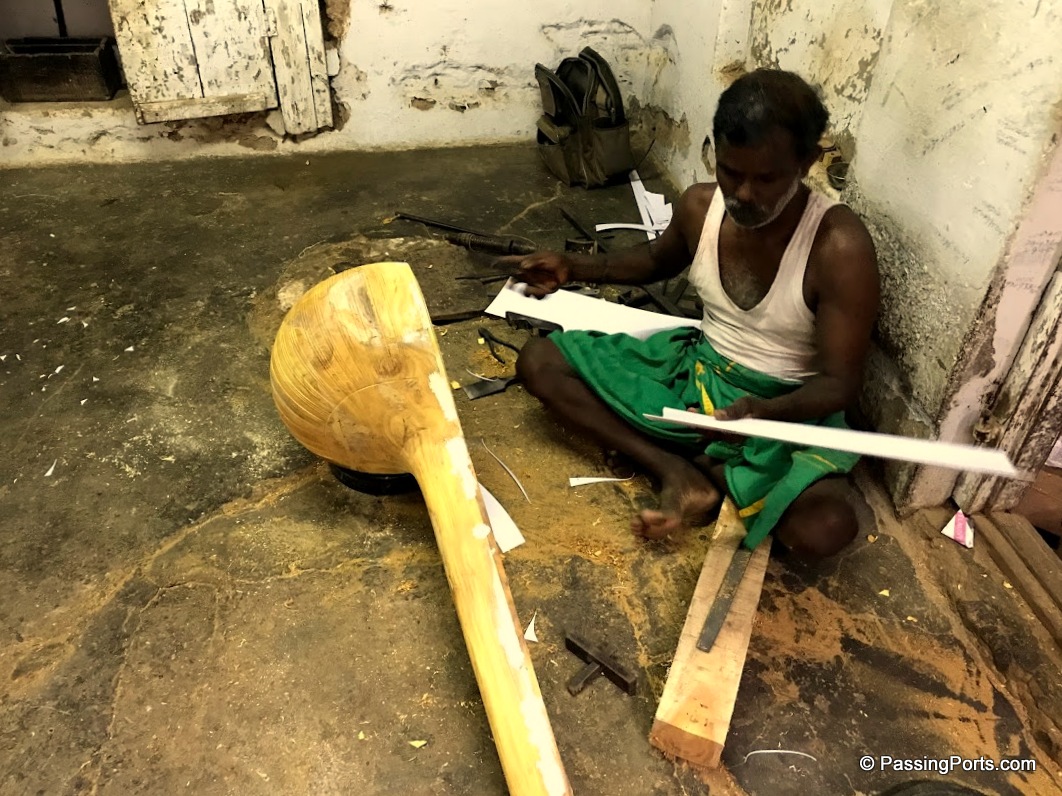 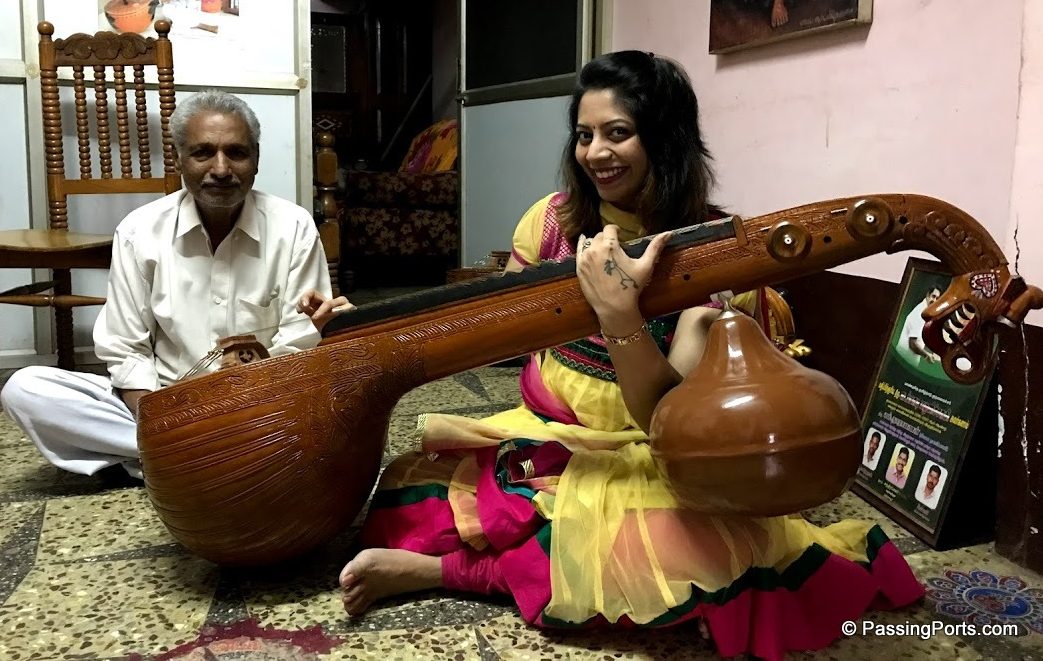 He made me play the veena for some time, so much so that he was ready to help me join a class to learn this art. He is sad that nobody wants to learn to play the veena anymore and it’s dying a slow death. After he completed that statement, the next second, with so much glow on his face he proudly mentioned that no other instrument can match the sound and the quality of music that originates from this beautiful piece of art. Such passion 🙂 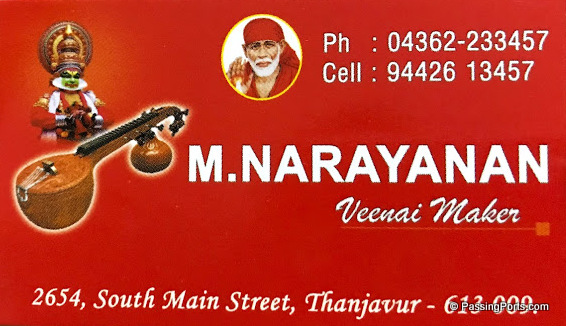 Interesting facts/things that we learnt from him: 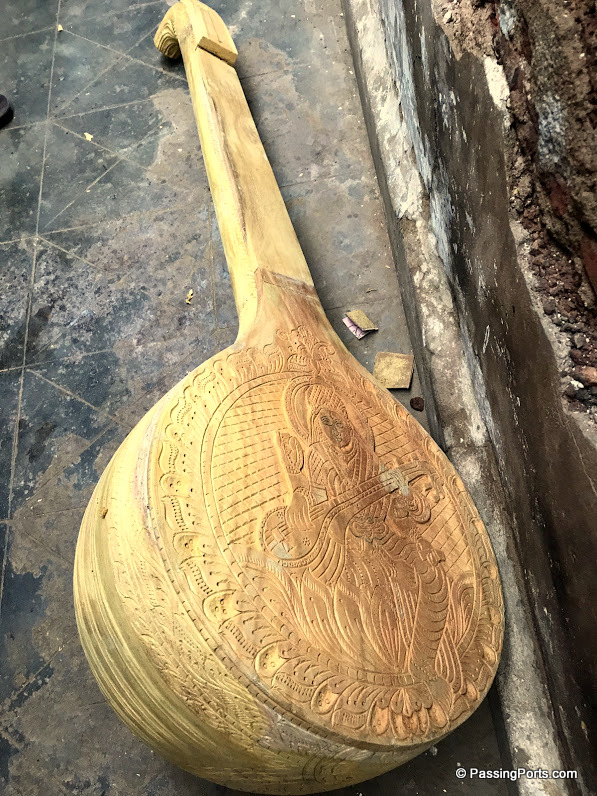 With a huge smile on my face (which I couldn’t control for some reason), we went to our next destination. From the time we entered the house where the bronze statues were being made, the experience was really interesting. Imagine, you are actually witnessing an art that been in existence forever, always around you, but never really cared or thought about how it’s actually done. See it in person and boom – you suddenly become so lost in awe. 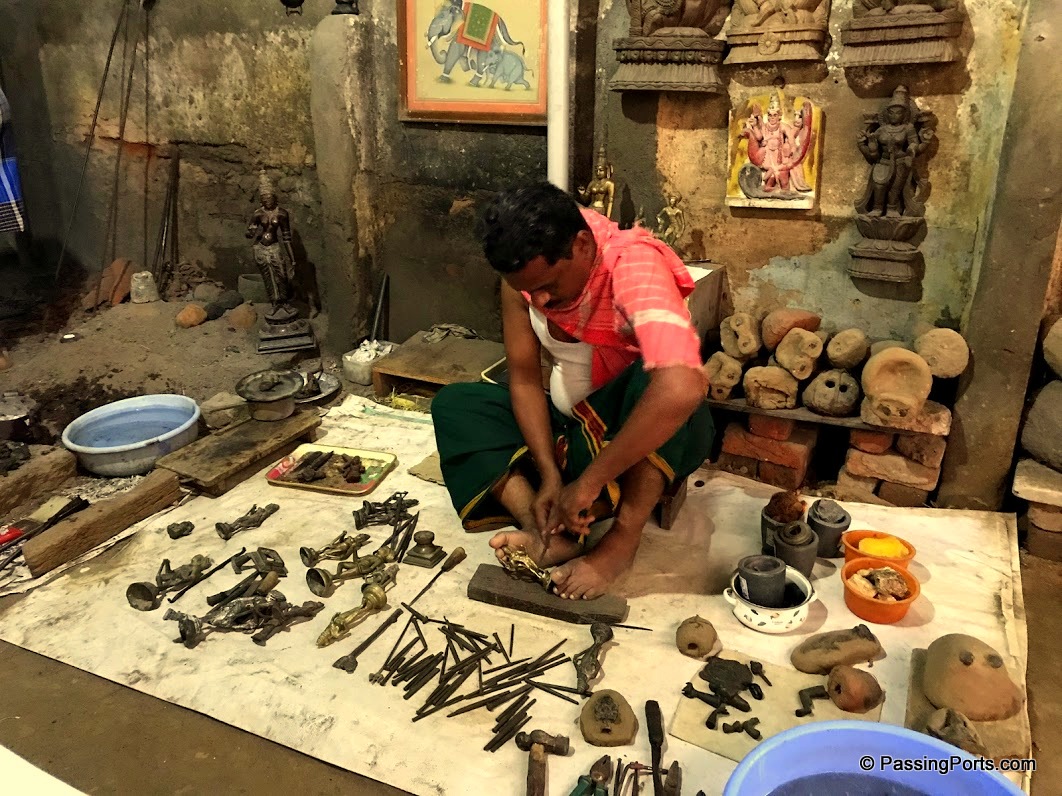 These guys also have a store from where you can pick a gift or two. Perfect place to pick something for your friends/family, a souvenir that they will never expect 🙂 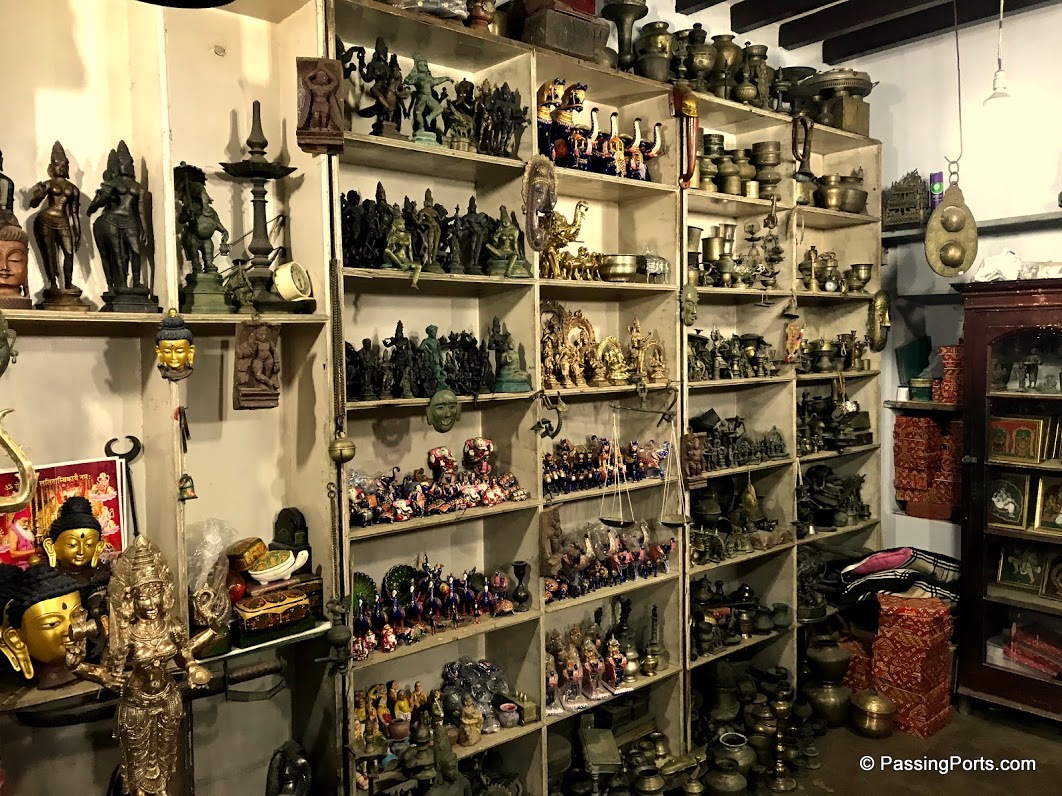 The Brihadeeshwar Temple aka Big Temple

Let me start off by explaining how name Big Temple came into being. As “Brihadeeshwar” was/is not too easy for a lot of people to pronounce or remember, the easier and shorter way was to call it the “Periya Kovil”. Periya Kovil in Tamil literally translates to “Big Temple”.  And more than the locals, people from everywhere else travel down to Tanjore to visit this magnificence. So now you know why 🙂 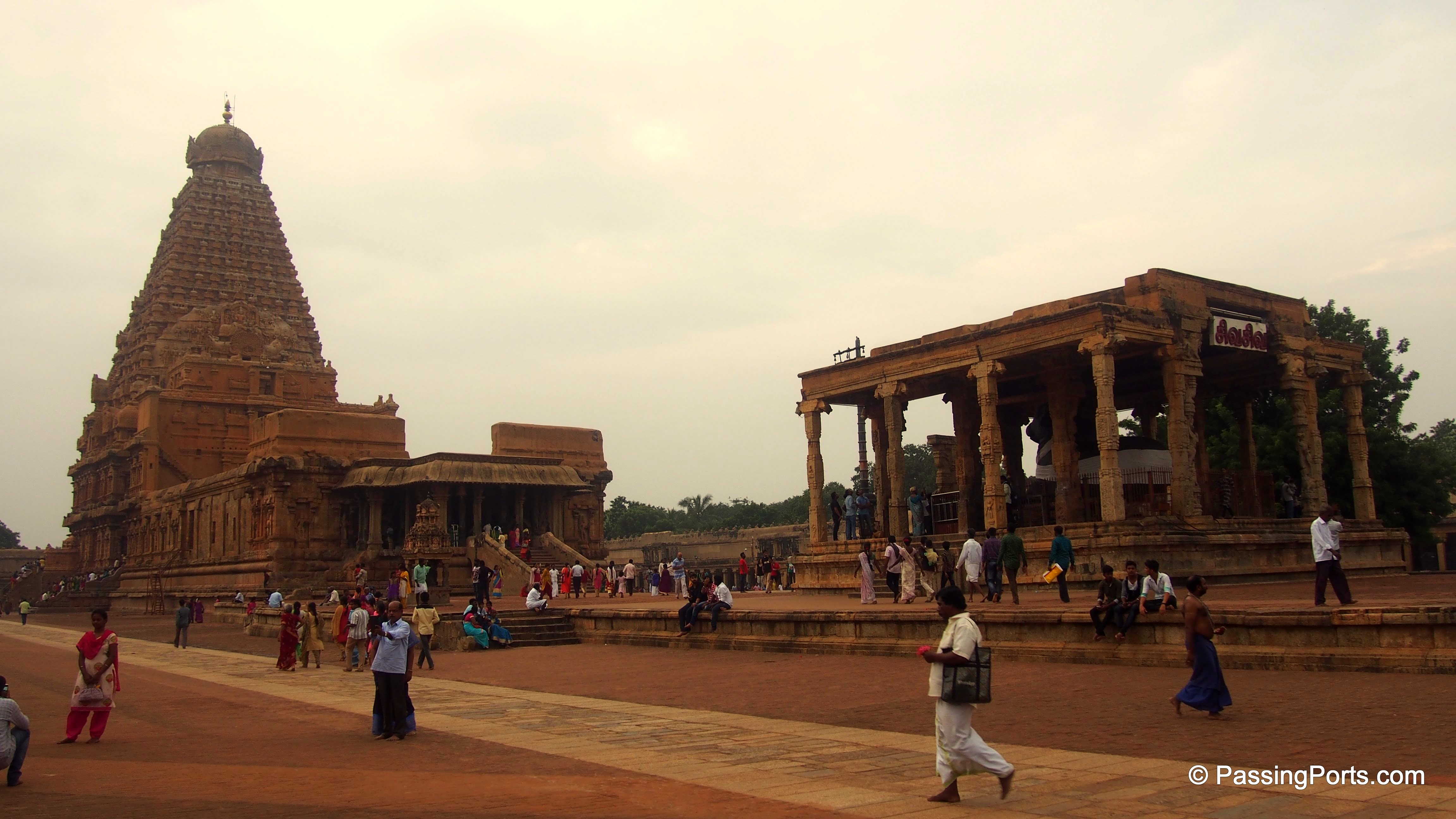 Built more than a thousand years ago, one of the most famous temples in India, known for its architecture is the Brihadeeshwar Temple. And if I need to put things in perspective – you need to see it to believe it. 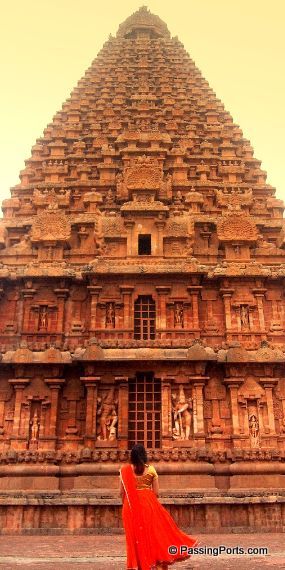 To know more about the temples nearby Thanjavur, please read this post I wrote recently about the famous ancient temples in and around Thanjavur. If time permits, do visit the Grand Anaicut which is one of the oldest dams in the world and Manora which was built in honour of Britain’s victory over Napoleon Bonaparte at Waterloo.

13 thoughts on “Thanjavur – places to visit and things to do”