Ask a Chennaiite to name a few popular landmarks of the city and I’m sure the lighthouse at Marina Beach would be amongst the top 10. But ask them if they have been there themselves, and I doubt if there would be many positive responses. I don’t know how many have paid a visit to the Chennai Lighthouse because, until a few days back, I hadn’t been there myself.

August 22nd is celebrated as Madras’s (now Chennai) birthday.  Guess how we planned to celebrate our city’s birthday? Yes, I decided to give myself some of the best views of the city by going up the Madras Lighthouse.

Read on: South India: Did you know this about Pondicherry?

About the Chennai Lighthouse

The lighthouse in the photos above opened in 1977, standing tall in Marina Beach and is known as the city’s modern lighthouse. It is about 46 metres tall, triangular structure with red and white strips and hosts a piece of powerful lighting equipment.

Now for some history.

There were three other lighthouses in Chennai

Surprised? Read on. There were three other lighthouses in Chennai / Madras before the current one became functional.

The present lighthouse near Marina Beach is the ONLY active lighthouse in India which is within city limits. It has 9 floors – there is an elevator that takes you all the way up. Once you reach the 9th floor, you need to climb two flights of stairs to catch some of the breathtaking views of the city and Marina Beach.

Confession: My photos definitely don’t do justice as this visit was not planned and the iPhone 5 I carry along did its best.

Once you have finished admiring the beauty of Chennai from the top, head back down to the small museum. This small room takes you through the different types of Lighthouses that existed etc. This place is quite interesting.

An even more interesting picture that I saw in the museum is below.

And that’s how I wished Madras a Happy Birthday – the 376th one.

What you need to know:
Location: Marina Beach, Santhome.
Timings and the entry fee below.

Until next destination – be safe and happy travels.

Founder of Passing Ports, Preethika is a traveler whom you just can't ignore. A juggler between office hours and personal life, nothing gets her more excited than exploring new destinations and cultures. Extremely passionate about going to lesser known places, Preethika started penning down her experiences, and Passing Ports is the result of that love for travel, thus inspiring others to experience a life beyond the rants of our daily lives. 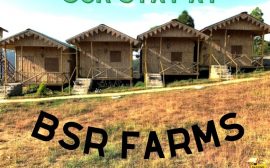 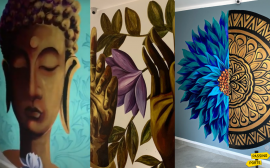 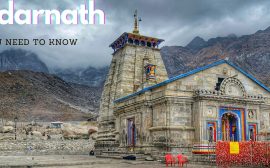 Planning a trip to Kedarnath? Here’s everything you need to know

A #weekend well spent with this view to cheer me u

It's not often that we understand the meaning of #

What you see behind me is the temple. To be honest

Last year this time around, we took a trip, for th

And we finally #travelled 😍 Stay tuned to wher

Until 2019, we took travel for granted, that was u

🌼 We love the sun, the shine and everything aro

How you doin? Just came back to see if you guys ha

If I have to describe this picture in a few words