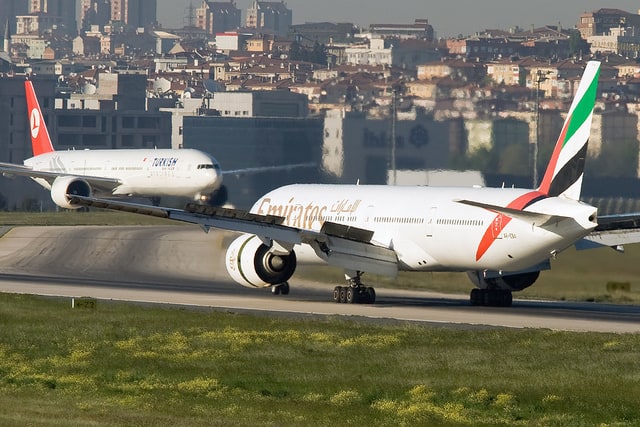 Yes, the electronics ban by US and UK is in action and the affected Middle Eastern and African airlines have all started figuring out different ways to overcome this issue. While the Jet Airways and Etihad Airways combo have just asked their passengers to follow the rules, Emirates first and then Turkish Airlines have taken a step further in offering a electronics or laptop handling service at no additional cost to their customers. This is a brilliant move by both these airlines, kudos to them!

These photos tweeted by Frida show the Emirates staff in action at the Dubai International Airport (DXB).

Bill Fink, another traveller has tweeted his experience with Turkish Airlines.

Both Emirates and Turkish Airlines officials are bubble-wrapping the laptops at the gate before putting them in individual bags.

#electronicsban is a waste of time and very unjustified. Flight should've taken off by now. pic.twitter.com/CmYdV3JI0C

Yes, flights are getting delayed as a result of this new laptop handling service, but I assume these are just initial troubles which will be ironed out shortly. This is a fitting response to the electronics ban brought into force by the Trump Government, which is rumoured to be backed by American carriers to make the Middle Eastern carriers struggle.

Are you travelling by any of these affected carriers to the US or UK? What has been your experience? Do share your experience in the comments section below.